Isono is a South African telenovela set in Vosloorus which tells the story of a heroic son – born into a dysfunctional family – who searches within himself for the strength to stand up against a powerful and evil matriarch who will stop at nothing to serve her own needs. 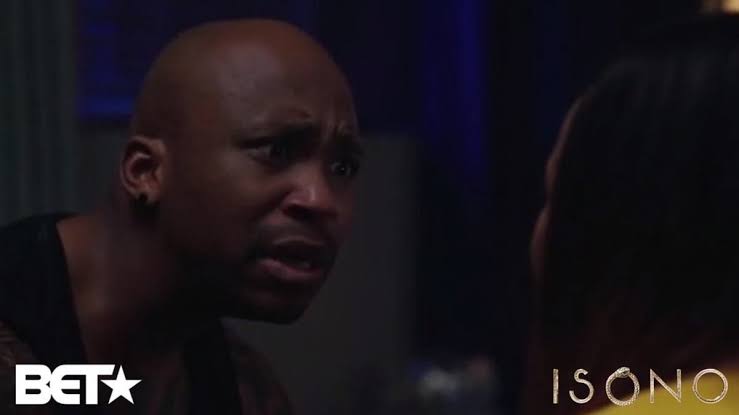 Makwande’s plan to expose Mary backfires when she is backed up. Mamba’s plan to take down Moses’ taxis seems promising. Lefika goes on a charm offensive with Phindile.

Things continue to be tense at HOG as Sarah struggles to instil discipline on the HOG kids. Makwande’s determined to find his father and his efforts yield shocking results.

Mary honours a loved one whilst Makwande searches for answers and Umpas accepts his fate.

To Everything there is a Reason

Mary follows Esther’s rationale and she backtracks from her plans. Zoleka crushes Makwande’s wish to get back in the game.

Mary plans her come back whilst Gabriel battles to put out new fires. Esther supports her mother and hurts a friend and Simon looks at Millicent with new eyes.

The battle for local council election campaign begins. Umpas is tested with a dangerous mission. Sarah and Gabriel find common ground and Simon admits to having a problem.

Sarah goes on smear campaign about Mary to everyone who will listen. A conniving Simon has a drunken escapade with Millicent and ends up sabotaging her professionally. Umpas is propositioned by Moses.

Mary puts big moves in place in her plans to have Gabriel come across as a criminal, Makwande’s self distraction has terrible consequences and Simon gets what he’s been after.

My Heart Knows Teasers for October 2021

Mary is obsessed with being number one. Millicent’s rejection sends Simon back to the drawing board. Gabriel falls into Mary’s trap. Makwande and Zoleka have to face reality.

I Can be trusted

Moses wants Umpas to get valued information from Abednego but Umpas finds himself as a potential double agent. Esther gives Millicent an excellent idea for her campaign and Mary plays the victim to Tuswa.

Mary decides to meet with the hijackers but has her own ideas on how this should go down. Makwande is guilted into taking on a new project and turns to the bottle when things don’t go well. Simon takes on Millicent’s challenge with bad intentions.

Mary captures the people’s hearts with her publicity stunt. Moses lures Raptor’s client list out of Umpas. Simon decides to stop playing games with Milli but finds it’s too late to withdraw from the competition.

Esther demands a public apology from an unrelenting Makwande. Millicent pushes Simon over the edge. Makwande has a mysterious fan.

Mary and Gabriel go head to head whilst Esther chooses a side. Sarah’s secret is discovered and Umpas makes a new enemy.

Sarah unwittingly hands Abednego the Holy Grail into how they can destroy Mary. Simon’s plans backfire on him. Makwande is on a downward spiral.

Mary is well prepared for her political campaign. AB, Gabriel and Sarah team up with Moses to take down Mary. Makwande makes Fenya his assistant coach but Fenya seems to be hiding something. Umpas gets a job at Casanova.