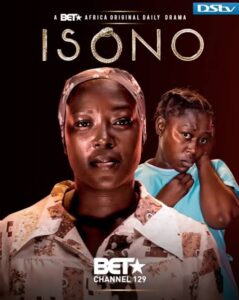 Pastor Duma’s growing insolence puts Gabriel at odds with the club owner, Gazati. Esther and Makwande’s rollercoaster relationship continues to see-saw. Mary does not take kindly to Makwande accusing her of being the problem.

Gabriel and Abednego find themselves at opposite ends of a turf war between Vorster and Gazati.

Mary is up to no good and takes Jumima along for the ride. Esther is on a downward spiral while Zakwe finally finds his place at HOG.

Mary comes up with a strategy to get more money out of the Swedes and she and Gabriel clash over the heist. Makwande goes to his match without Esther and she lands up in danger.

Gabriel and Zakwe must sneak into the enemy camp on a rescue mission that puts their lives at risk. Meanwhile, Makwande comes home on the best night of his life and finds there’s no one to celebrate with.

The Night Before The Morning After

Gabriel finds himself in a compromised situation after Zakwe’s theft of Gazati’s possession. Esther licks her wounds in the privacy of her apartment but the bad streak is not done with her. Zakwe endears himself to Jumima.

Mary prepares to wow the Swedish NGO to secure funding. Gabriel and Abednego must hatch a plan to save Zakwe and Destiny. Esther and Makwande’s relationship sinks into further trouble.

All About the Kronas

Mary is eager for nothing to go wrong with the Swedes visiting HOG, but trouble keeps lurking. Makwande returns to find a new flat mate in his apartment. Zakwe lays low, missing Lesedi’s big moment.

Abednego approaches Gazati with an offer. Makwande’s condition continues to drive a wedge between him and Esther, and gets him on the wrong side of Millicent.

Gabriel saves the day but then suffers punishment for defying Mary. Millicent continues to cause havoc between Makwande and Esther. Pastor Duma realises he also has to level up and get his hands dirty.

Gabriel saves the day but then suffers punishment for defying Mary. Millicent continues to cause havoc between Makwande and Esther. Pastor Duma realises he also has to level up and get his hands dirty.

Mary puts pressure on Gabriel to deal with Pastor Duma. Makwande becomes a knight in shining armour. Simon escalates his feud with Zakwe and Abednego has a proposal for Gabriel.

A Tale of Two Sons

Mary reveals herself to Abednego and gives him his first mission. A broken Millicent returns to Esther and Makwande, and Esther has a plan to cheer her up. Simon reveals that the Swedes want to take Lesedi’s performance to the next level.

Gabriel receives some disturbing news about Dumas plans. Makwande and Millicent start to get along and Simon takes charge of Lesedi’s talent.

Mary makes it her mission to make sure that Pastor Duma’s bad decisions don’t trace back to her. Gabriel is riddled with guilt but finds an unexpected ally in Angelina. Millicent has a huge night ahead of her, and the HOG KIDS are determined to form a band no matter the cost.

Dead, But Not Forgotten

All roads lead to Pastor Duma’s function and everyone wants to know what Angelina had to do with the lead up to this fateful moment. Gabriel struggles with his conscience and Abednego comes to the rescue.

Mary has a dangerous job for Abednego. Makwande confides his secret in Brian and hides it from Esther. Lesedi makes a plan to cut Simon out of the band.

Gabriel and Abednego grow closer and this threatens Mary’s operation. Esther is becoming a third wheel in her own relationship with Makwande. Mncedisi lays out his cards to Mary.

Mary decides to go into a new business venture and she tries to convince Gabriel and Abednego to join her. Makwande and Millicent cross a dangerous line, and Simon decides to play dirty so he can have control.

Gabriel plans the heist while Mary gets up to no good. Makwande hides a huge indiscretion from Esther and Mary puts Lesedi in an awkward situation.

Mary hits Gabriel where it hurts the most and he has not idea. Millicent claps back in a major way after Esther and Makwande are butt heads. Zakwe is put in the awkward position of having to hurt Lesedi’s feelings.