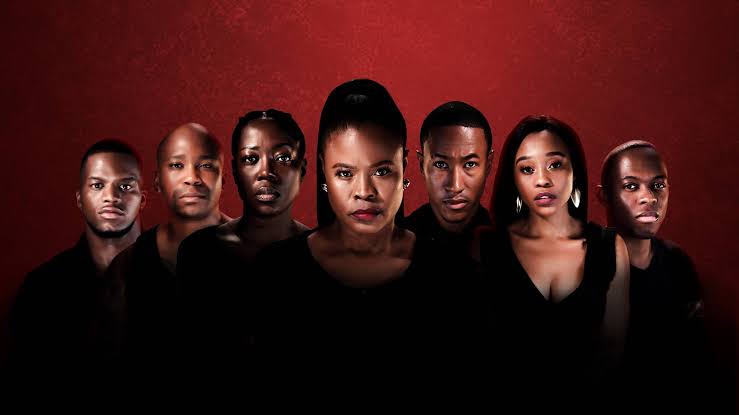 Abednego tries to keep his latest sexual conquest to himself but Mary has other ideas. Not satisfied with the loss she has suffered, Mam’ Lili goes searching for some answers. Having been dropped by the VOG kids, Esther has nobody but herself to focus on.

Gabriel makes a shocking discovery about Pastor Abiola and his family. Abednego’s life is in danger after an encounter with a drug boss. Esther takes a leap of faith with her career while Veldskoen pulls stunts to revive his.

While Gabriel searches desperately for the missing Abednego, Mary begins manipulating Esther into pursuing another man. Meanwhile, Millicent has plans to revamp Bra Sol’s and her own career, with a little help from Makwande and Noluthando.

Gabriel works against the clock to try and locate Abednego and save him from certain death. Mary’s meddling puts Mncedisi and Esther back in each other’s path.

Msizi’s farewell brings many tensions to a head and cuts the ground from under Mam’ Lili’s feet.

Lines in the sand

Gabriel gets Abiola in trouble. Esther helps Millicent process her loss. Veldskoen has a big surprise for VOG.

It’s a race with the clock as both Mannie and Abednego plan their attack. But with Gabriel not keen to get involved, Abednego is in over his head.

Gabriel comes up with a cunning ploy to get into Mannie’s warehouse. Esther finds her mother incapable of celebrating the success of her song and seeks solace in Mncedisi’s arms. Mam’Lili gives Francina a taste of her own medicine.

It’s a showdown as Gabriel and the crew descend on the bridal shop but Mannie is not one to be caught off-guard. It’s do or die!

Gabriel, Abednego and their crew are caught in a standoff with Mannie. Meanwhile, Mary and Mncedisi’s affair ends up on shaky ground when the hotshot politician starts to fall for Esther.

Abednego’s is rattled when he ends up meeting an enemy he didn’t anticipate that spells his certain death.

Mannie tracks down one of the gang members which leads him to his enemy’s lair. Esther discovers the truth behind Makwande’s behaviour. Mary stands up for the VOG Kids and has her own plans for Veldskoen.

Gabriel and Ayo have dinner at Mary’s and the night ends with a gun to Mary’s face. Esther ends things with Mncedisi but then changes her mind. Meanwhile Zakwe has to work hard for Lesedi’s forgiveness.

There is a life-threatening midnight menace right at the heart of House Of Grace, and unless Mary can take it down it’s going to be game-over.

Abednego comes up with a risky plan to save himself from Gazati. Makwande surprises Esther with a proposition she was not expecting. Simon gets an idea to win Noluthando’s affections.

The drugs stolen by Gabriel and crew almost kill a member of the community. Mary agrees to help Jumima settle the restless spirits haunting her. Millicent hijacks Simon’s gift to Noluthando to build her brand. Esther tries to prove to Makwande that her relationship with Mncedisi is solid.

Who have you become?

Gabriel is caught between being a saviour and a dealer, meanwhile Mary goes home to look for answers. Millicent gives Simon a make-over but Noluthando can’t see anything but a little brother.

Mary and Jumima visit the children’s home they escaped from as young girls. Meanwhile, Gabriel chooses an unorthodox way of helping the community deal with their drug problem. Esther’s rehearsals send Mncedisi into a jealous rage.