Jodha & Akbar tells the story of a princess named Jodha who is forced to marry King Akbar after he conquers her father’s kingdom. She grudgingly accepts to marry him, believing she is the only wife, only to discover he has many wives. The show follows her as she battles for her husband’s devotion while also attempting to transform him into a more sympathetic monarch.

Premiere episodes of Jodha & Akbar air on Zee World from Mondays to Sundays at 20h00. 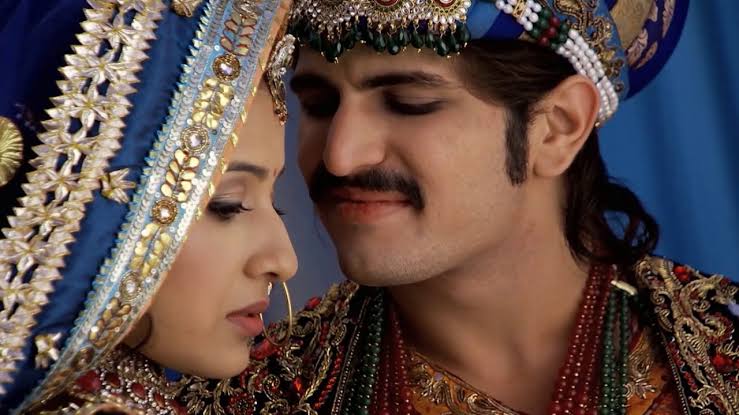 Salim wants to eat with his soldier friend. Akbar agrees that the Prince has his way. Birbal and Jodha’s plan to get the father and son together gains momentum.

Murad sends a message to Anarkali and she comes and reprimands Kutub. Salim’s admiration for her grows.

Salim confronts Murad and Danyal about the letter they had sent to Anarkali. Jodha tries to ask Manvai if she likes Salim.

King Bhagwandas suggests to Akbar that they should attack King Khambar and vanquish him for asking for Crown Prince Salim’s life.

Salim defies Akbar. Akbar asks his soldiers to shoot and imprison the Prince. Queen Rukaya is wounded. Hyder coaxes Salim to confront the Emperor and offers his help but Salim refuses.

Bela narrates the force by her father and the threat he had made to Farhan’s life.

Dilbahar learns about Salim from Anarkali for whom it is Kutub. Akbar consults others about the murder of Farhan Hyder. Salim is heartbroken as he learns Anarkali is the same Nadira.

Akbar is happy that Salim is doing a good deed but Birbal questions the title of the Prince.

Bhagwandas informs Manvai about the invitation for the wedding anniversary of Akbar and Jodha. Hyder introduces Salim to the night life of Agra which turns into a horror of memories for Salim.

Anarkali finds out the truth about Salim and she starts hating him. Salim tells Haider that he wants to destroy Anarkali. Jodha and Akbar decide not to hold their wedding anniversary celebration.

Nadira’s father is very sick but she doesn’t have money to pay a doctor. Salim visits brothels but is not able to forget Anarkali. Akbar is busy trying to learn songs from Tansen and Jodha is amused by that.

Salim invites dancers from Shaitanpura for the celebrations.

Danial has fallen in love with Manbai but before he can get a chance to tell her Akbar publicly proposes Salim’s match with Manbai.

Salim visits a brothel and spends the night. Jodha comes looking for Salim in his bedroom and the maid tells her he hadn’t returned the night before.

Salim is engaged to Manbai and the celebrations begin. Anarkali presents a dance item and Akbar tells Maansingh to give her a big reward and a home and many other amenities

Jodha tells Moti she is perturbed that Anarkali has something to do with Salim. Jodha tells Moti to investigate. Akbar tells Jodha he is very pleased as he is issuing new coins.

Salim is sad because Anarkali refuses to forgive him. Qutub tells him it is obvious she needs some time.

Agra is hit by a terrible storm.

Akbar tells his soldiers to arrest Maan Singh at all costs. The walls of the fort being built by Akbar collapse.

Salim goes on a sea voyage. Hakim Mirza and Sharifuddin plan a conspiracy against Jalal.

Due to some dangerous insects a kind of disease spreads in many parts of the Moghul Dynasty.

Emperor Akbar sends a decree that until he doesn’t return to Agra, Salim will shoulder his responsibilities.

Akbar finds out that Jagdev is stealing the aid received from the regime. Jodha tries to expose him but Jagdev manages to entrap Akbar instead.

Shareefuddin has held Jodha captive and tells Jalal to send Bakshi to him against Jodha.

Jodha is seriously ill so Jalal does not go to help Salim on the battlefield. Divine child tells Jalal that Jodha is being punished for his misdeeds and if he wishes to save her life he should out number his misdeeds with good merits.

Akbar receives news that Jodha has passed away. He is unable to digest this news. It was a false alarm as she regains consciousness.

Qutub advises Salim to come clean with Anarkali. She overhears the conversation and realizes she was mistaken about him.

Haider meets the envoys to find out what is happening. Akbar is tense and wonders what he should do in this situation. Akbar tells Jodha what the Shah of Iran has said and reassures her he will not ask her to convert to Islam.

Akbar pronounces Murad the king in waiting in the private court and it shocked everyone.

Differences between TVET and FET college

Full List of all MTN USSD Codes in South Africa