Precious Moloi-Motsepe is the current Chancellor, the sixth since UCT was promoted to university status in 1918. She takes over as chancellor from Graça Machel, the wife of former South African President Nelson Mandela, who served from 1999 to 2019. 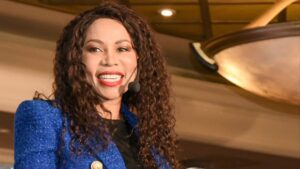 If there are several nominations, the Chancellor is chosen by an electoral college comprised of employees, students, and alumni. Chancellors used to be appointed for life, but since 1999, they have been appointed for a ten-year term that can be renewed.