Nombulelo Hlathi (born 6 April 1983) is a South African ballroom and Latin dancer best known as a finalist on the e.tv reality competition Superdance South Africa, in 2009. 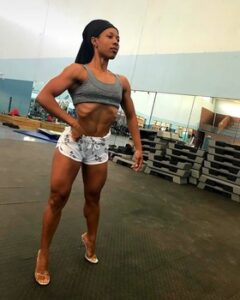 She is also known for being one of the talented dancers (partnered with celebrity dancer Mpho Popps) in the sixth season of the SABC3 reality competition Strictly Come Dancing, in 2013.

Botlhale Boikanyo, who won the reality show SA’s Got Talent at the age of 12, was also a dance student of Nobulelo’s.

She has an estimated net worth of $100,000 which she has earned as a professional dancer.