Ntombifuthi Dlamini (born 21 January 1985) is a South African actress who is well known for her role on Uzalo where she plays Mrs. Madlala. 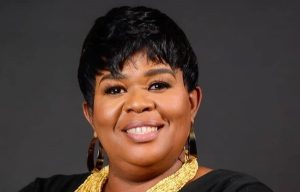 She was born on the 21st of January 1985 in in KwaMashu, Durban, South Africa. She is 37 years old as of 2022 and celebrates her birthday on January 21st every year.

Mrs. Madlala, Dlamini, was approached one afternoon while walking down the street and asked to be an extra on Uzalo Season 1.

Ntombifuthi was cast as an extra in a film in 2014. Fortunately, she did well in the audition and impressed the judges, and she was cast as Mrs. Madlala on Uzalo. Dlamini worked as a cleaner at a nearby clinic prior to becoming an actress.