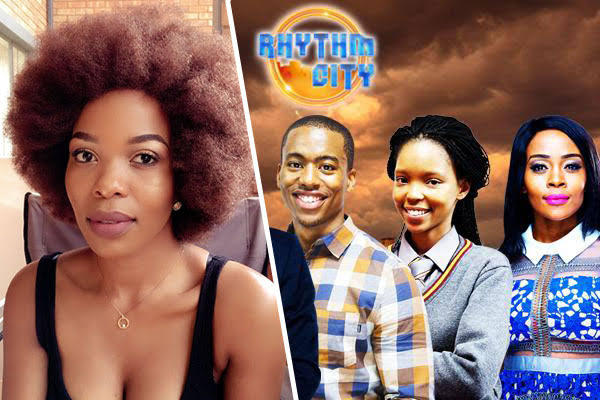 Puleng and Pule tell Ziyanda about Khulekani’s secret life. Fats pushes Valentine and puts the baby in danger. Amandla breaks up with Fats, driving him to make a shockingly impulsive decision.

The DK community hand over the funds they’ve raised for the Khuses. Kop and Blossom are overwhelmed with joy and gratitude, especially towards Kea.

Ziyanda tries to patch things up with Nandi and warns Khulekani to stay away from Zak. Neither of them know that she’s working with Puleng and Pule to set a plan in motion.

Fats gets the answer he dreamed of from Amandla. His friends are happy for him. But Valentine is not.

Kea feels bad that she wasn’t able to raise enough money to help the Khuses. But she, Lefa and Mapula are left conflicted when Kop makes a decision that affects all of them.

Mzi refuses to be party to Puleng and Pule’s plan and alliance with Ziyanda. Pule is undaunted and launches the honey-trap. Mandlakhe is wary of his advance, but Khulekani is in the mood to live dangerously.

Fats isn’t picking up on Amandla’s hesitancy, but when Valentine is taken to hospital, Sheila takes the opportunity to drive a wedge deeper into Amandla’s thinking.

Sabelo is desperate to move out of Machiliza’s place, and things go from bad to worse.

Mandlakhe warns Khulekani that he’s playing with fire with Pule but Khulekani continues his pursuit. Meanwhile, Nandi and Mandlakhe bond before she walks in on Khulekani in a compromising position with Pule.

Fats gives Amandla keys to his flat and reassures Valentine that he’s ready and excited to be a father.

Sindi agrees to meet with the Khuses about selling their house but Kop turns down Sabelo’s proposal. Blossom confronts Kop about his rejection of the offer.

Khulekani scrambles to deny his secret life to Nandi, even roping Mandlakhe in to lie for him. In a fury, he threatens Pule for setting him up and warns Pearl that the Ndlovus will come for her next.

Mandlakhe decides he can no longer protect Khulekani and tells Nandi the truth.

Amandla grows increasingly uncomfortable with her and Fats’ plans to get married but Fats dismisses it as pre-wedding jitters.

Meanwhile, Sheila ditches Valentine after she grows a conscience, and Valentine has to take shelter with Fats – again. Kop realizes he is harbouring a fear of letting go of the past.

Nandi throws Khulekani out of their home after Mandlakhe confirms the truth to her. Zak and Zinhle struggle to understand what is going on with their parents.

Khulekani accuses Mandlakhe of betraying him and Nandi assures him that she will protect him from his former boss.

Pearl confronts Mzi about the Ndlovu family’s continued plotting. Fats worries about how to tell Amandla that he’ll be living with Valentine once more. He tries to pretend that they can carry on in ignorance, until Amandla walks in on a compromising situation.

Sabelo and Sindiswa are ready to start the next chapter of their lives, and Kop and Blossom get ready to say goodbye to the old one.

Amandla walks out and calls it off with Fats, but Jamaica suggests to Fats that there might be more to it than meets the eye. Blossom tells Cuba that they are leaving next week, and Cuba is deeply upset.

The two sisters are working together against Khulekani, and Nandi makes an approach to Mandlakhe to get him to turn on his boss. Mandlakhe refuses, but he is on his boss’s hit list.

The Ngobese family takes strain as Nandi and Ziyanda try to protect the kids from the real reason behind Khulekani’s sudden and mysterious departure.

Mzi turns his back on Puleng and Pule and warns Pearl of imminent danger. He makes a case for his love for her and finally, she gives in to what she’s always felt about him.

Amandla tries everything to break up with Fats but he resolutely won’t let her. She is forced to reveal a painful secret that shocks Fats. Kop and Blossom have to start the painful process of bidding farewell to the kids.

Khulekani is arrested and the Ndlovus and Ngobeses react to the shocking news. Zak goes to see his father in jail, and Khulekani – unhinged by hatred and anger – makes a terrible request of his son.

Fats processes Amandla’s shocking revelation and the guys unpack their different opinions about the challenges of infertility. Fats contemplates his past and a possible future with Valentine.

Mapula and Sabelo reflect on the hardships they’ve overcome and Sabelo misses Dumi. Lefa and Kea celebrate how well things turned out for them.

Khulekani is deeply disappointed that his son isn’t a murderer. As a last resort, he plays on Mandlakhe’s emotions, and manages to persuade him to recant his story.

Valentine is coming face to face with the realities of her future, and has a change of plan and heart. She does what she can to bring Amandla and Fats together. Cuba opens her heart to Jafta, and their story culminates in a kiss.

Khulekani is released from jail and the Ngobese and Ndlovu families are filled with fear over what retribution he’ll exact. But the person who should be really worried… is Mandlakhe. Mzi convinces Pearl to run away with him and leave all their problems behind.

Valentine reconciles with Sheila and comes to Fats with a surprising proposal, one that fills him with hope for the future. He asks Amandla’s parents for their blessing on the marriage.

It’s a final farewell to Kop and Blossom. Cuba, Jafta, and the kids they left behind are all about to start a new chapter. And then, a surprise visitor shows up.

The great Khulekani Ngobese finally gets his come-uppance when Nandi turns against him and gives evidence to the police. To add injury to insult, Khulekani finds himself looking at serving his long jail term with Suffocate as his cellmate.

Fats goes all out for his official proposal to Amandla and it’s all worthwhile when she says yes. He makes an impassioned speech when he bids goodbye to his old life and looks forward to the future. Meanwhile, Sabelo and Kop both get what they’ve always wanted.