Rivaldo Coetzee (born 16 October 1996) is a South African professional footballer who plays as a defender for Mamelodi Sundowns and the South Africa national team. 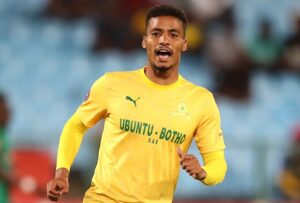 Coetzee signed for Ajax’s PSL rivals Mamelodi Sundowns on the transfer deadline day for a reported fee of R10m plus Mario Booysen.

He made his international debut for South Africa in an African Nations Cup qualifier against Congo on 12 October 2014 making him the youngest player ever to represent the country, aged 17 years and 361 days.