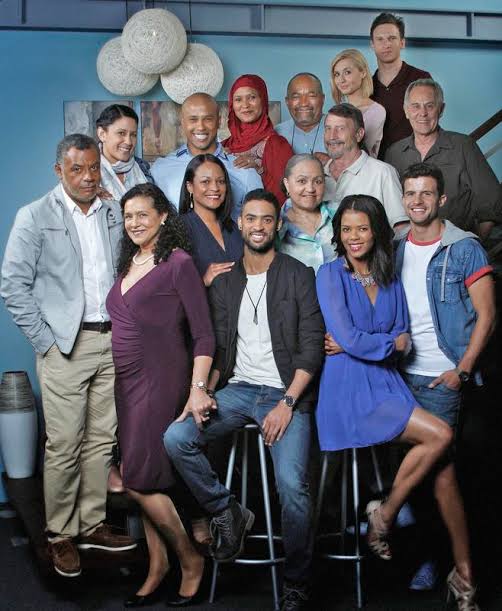 Kaashifa is peeved when Justin doesn’t show up for work. Rhafiek reaches out to Mymoena, while AB is confronted with some home truths.

Mymoena gives AB a hard time. Joy and Justin find themselves deeper and deeper in trouble, while Ty, Wade and Nazeem are forced to make plans together.

Nazeem receives news about Joy and Justin, while an unexpected guest shows up at AB and Mymoena’s house. Tim hopes his evening with Wilmien will bear fruit.

Will anyone show up to save Ty, Justin and Joy from the crooks? AB gets welcome support from an unexpected visitor, while Wilmien ropes Tim in even more.

It is a big day for the Samsodiens. But Rhafiek tries hard to derail things.

The Daniels brothers and Justin try to pick up the pieces. Tim wants to convince Wilmien to sell her estate, while Mymoena is on the brink of a new reality.

Tim has a breakthrough with his project and Kate gets a big surprise. Mymoena shares exciting news with her family, but Rhiyaaz has some news of his own…

Justin invites Francois to a club in the city. Bridgette comes to the wrong conclusion and AB returns after a short breakaway.

AB tries to spend more time with Mymoena but doesn’t get the response he was hoping for. Bridgette is upset about Wilmien, while Francois wants to stay on in Cape Town, perhaps for reasons other than he pretends.

AB struggles to keep everyone happy, while Tim gets to know another side of Wilmien. Kate tries to find Francois a job.

Rhafiek tries his best to keep the peace with AB, but it proves harder than he expected. Wilmien reveals something shocking to Tim, while Francois wants alone time with Danni.

Mymoena has new hope, but Farah remains a thorn in her side. Bridgette surprises Wilmien, while Francois licks his wounds.

Wilmien doesn’t get her way and comes up with another plan. Rhafiek reaches out to AB, but AB has to make up with Mymoena. Farah hits back.

Francois tries to wrap his granny around his finger, while Bridgette helps Tim out of a tough situation. Farah wants to get Bianca back on her side, and AB tries to make amends to Mymoena.

Wilmien worms her way even deeper into Tim’s home life. Francois has a bright idea and AB sees light at the end of the tunnel.

Mymoena is nervous about her appointment with AB. Wilmien goes too far in order to make herself feel better, while Farah makes plans to undermine Mymoena.

There is fresh tension between AB and Mymoena. Tim struggles to keep his distance from Wilmien, while Francois’ dark side comes to the fore.

Wilmien’s neediness is becoming too much for everyone. Francois grabs an opportunity to party and Farah’s is again scheming.

Francois deceives his grandmother and Tim finally confronts Wilmien. Mymoena discovers something shocking and is on the war path.

Tim has an eventful day, while Francois’s fundraiser picks up steam. Mymoena needs to apologise, but AB gets more out of the deal than he bargained for…

Mymoena is no longer sure that she did the right thing. Francois is a brilliant salesman and Wilmien takes things a step too far.