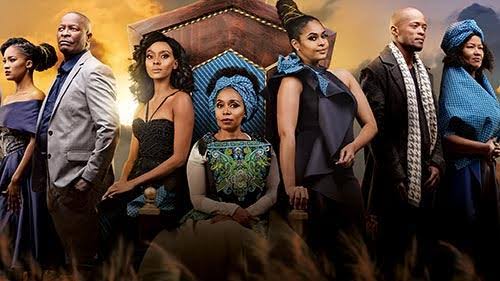 Zweli bares his soul to Lindiwe while Cobra’s soul is taunted by the flashy lifestyle he can’t afford.

Lindiwe struggles with the possibility of losing Zweli. Cobra’s jealousy takes him back to making selfish, rash decisions.

Lindiwe and Zolani do the one thing Zweli would have not wanted them to do and Cobra calls up the musketeers looking to ‘cause some trouble.

Lindiwe is at her wits’ end and her marriage is hanging by a thread. Kedibone is confused by the new information she receives.

Lindiwe can’t stop Zweli from walking away and the good life starts to taste a little sour to Cobra.

The Prince of Thieves

News of Cobra living large like royalty reaches Refilwe. Lindiwe is running out of plans.

Lindiwe is tormented as Zweli serves her a deadly punishment. Cobra’s party comes to a very abrupt end.

Trouble continues to brew in the Dikana house as Zweli acts out and the chickens finally come home to roost for Cobra.

Not ready to forgive

Lindiwe watches the man she loves spiral out of control while things become increasingly tense in the Mokoena household.

The Dikana children are left speechless by the devastation Zweli has brought into the house. Tshepiso has some talents the Mokoenas were not aware of.

I will fight for you

Khabzela is shot by Cupid’s arrow. The Dikanas are shocked as Zweli takes things to a new level of rebellion.

Things become a little more difficult for Tshepiso as her community tries to figure out what to do with her.

Dimpho is overcome by her own fears as her friend rediscovers herself. Just as Lindiwe puts out a fire for Zweli, he betrays her in the worst possible manner.

Emma gets a surprise visit that forces her to deal with her past and Kedibone hits another brick wall in her fight for Tshepiso.

Zolani is caught between Emma and Zungazi’s tempestuous relationship while Kedibone faces new challenges as she tries to help Tshepiso.

Why are you running?

Emma gets the shock of her life after her loved one reveals her true intentions.  Kedibone is left at a loss for words when she stumbles upon something she wasn’t supposed to see.

You look good in orange

Emma’s issues with a family member escalate and things remain bleak for Tshepiso.

Emma is desperate to save her new family while also protecting herself and Tshepiso finally gets what she wants.

Mabutho and his new friend grow closer while Emma agrees to go along with a few dark dealings to get rid of a ghost from her past.

Guilt haunts Emma and Tshepiso gets an unexpected visitor.

An elaborate plan takes shape and Kedibone is at her wits end after her efforts to broker peace don’t work.