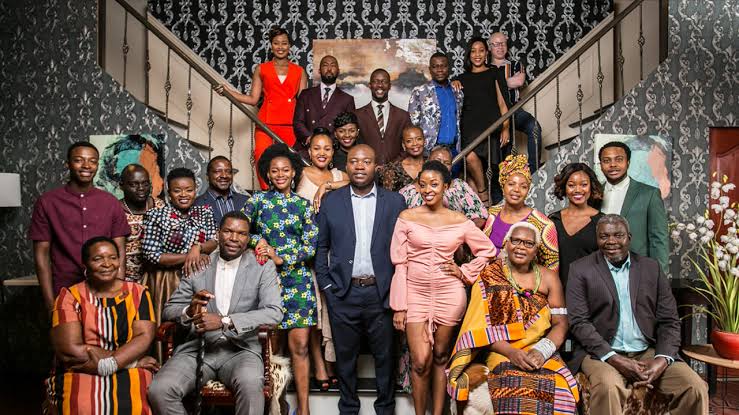 Gugu regrets sleeping with Vhutshilo, and tries to push him away but he’s hooked. We find out that Londo’s real identity is that he’s Hulisani’s half brother and he’s there to get his life policy insurance money.

Mulalo threatens to release a video of himself revealing the Royal House’s secrets. Phusuphusu and Borosi decide to have him killed to stop him from releasing the video on social media and to use him a human sacrifice.

Rendani is not in the mood to take any nonsense from Londo. Mulalo finds something shocking underneath his bed at the hotel. The royal family get some shocking news about Vho-Masindi. Gugu is worried she will be charged with sexual misconduct. Itseng returns.

Accusations of a murderous plot abound as Vho-Masindi’s life hangs by a thread. Rendani resists Londo’s emotionally manipulative games. Question is: for how long? Itseng finds herself on the receiving end of James’ anger when she pushes Imani too far.

Vho-Masindi fights for her life as her family races to find a kidney donor not knowing it’s within reach. Gugu misses Vhutshilo despite herself and breaks her won rules. Londo downloads a mysterious file on a gullible Rendani’s laptop.

Vhutshilo challenges Gugu to tell him to go but she can’t. They do it again. Londo steals money from Dukathole. Azwindini punishes Borosi and Phusuphusu.

Mulalo asks for an arm and a leg as payment for his kidney. Londo changes Tenda’s mind about Rendani’s cleansing. Vhutshilo and Itseng bond over their past.

Rendani learns the terrible news about the bank transactions. Ndiwavho and Shudu are having problems with a racist teacher at their school. Vho-Masindi admits to Azwindini what she was doing in Mulalo’s hotel room. Shaz suspects that Itseng might have a crush on Vhutshilo.

Imani catches Gugu and Vhutshilo in an uncompromising situation. Tendamudzimu brings the police to Rendani’s apartment. Itseng believes Vhutshilo likes her and goes overboard in her pursuit of him.

Gugu’s secret lover is revealed when she receives an unexpected visit from Imani. Nidwavho’s rebellious behaviour at school almost gets her suspended. The royal house is in turmoil as news of Rendani’s arrest is splashed all over the media.

Rendani will regret soliciting a confession from Tshireletso. Susan confronts Gugu for taking advantage of Vhutshilo. Ndiwavho wants to expose the school for being racist.

A desperate ‘new mom’ tries to lobby the support of other moms to help save her daughter from a sticky situation. A promising romance takes a turn for the worst. James asks Imani to help with Itseng.

Ndiwavho is facing expulsion from her school. She decides to stage a protest at her school. Gugu terminates Vhutshilo’s contract as an intern. Susan wants Vhutshilo to forget about Gugu but he still loves her.

Hangwani files a missing person’s report but may be late as Tshireletso has more sinister plans in store for Rendani.

Ndiwavho calls Tenda out for not supporting her. Vhutshilo has to decide what to do about Gugu. Rendani begs Tshireletso to let her go.

Ndiwavho’s protest action has some unexpected results. Gugu is shocked to find a complaint of sexual harassment filed against her. Tendamudzimu finds himself confronted with a life changing decision.

Moipone returns home and Tendamudzimu knows his game is up. Kgosi is in serious trouble when a body turns up in his hotel room. Vho-Mukondeleli steals from Vho-Masindi and it’s war.

Mukondeleli is furious when Masindi removes all Mulalo’s pictures from the house. Mpho freaks out when she touches Moipone. Kgosi gets arrested on suspicion of murder.

Moipone is nervous about Mantwa being in the house. She wants Mantwa to keep her mouth shut. Moipone freaks out when Tenda comes over and meets Mantwa and the baby.

Kgosi moves in with Marang at the hotel. Marang encourages him to make amends with KK. When he reaches out to KK, KK gives him the cold shoulder. Mpho decides to have a memorial for her missing child.