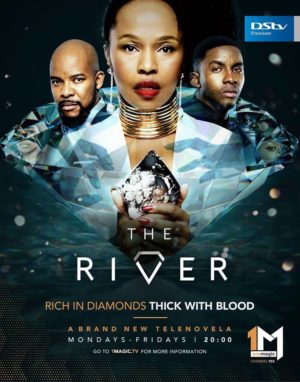 A Bomb In The Belly

The Dikanas are left speechless after an old stranger drops a bomb. Zolani makes an admission that shocks Lindiwe.

Cobra’s case starts on an unexpectedly bad foot. Zolani resorts to going out in search for the truth.

WE All Make Mistakes

Cobra’s finds out who his friends are, while his old problems are dragged out into the public gallery. Zolani’s quest to search for the truth continues.

Flora is left scandalised by Lindiwe’s unethical request, while Lindiwe and Zolani go to the ends of the earth to prove their point.

Just as Cobra loses hope, a friend jumps in to help.

Flora is upset when she learns that her kind act has backfired. Cobra hears the outcome of the fight of his life.

Cobra struggles to deal with the loss of his loved one and an old enemy throws a spanner in Lindiwe’s works.

The Dikanas prepare for Lindiwe’s make or break interview. A miscommunication between friends leads to some hurtful discoveries.

Zolani and Lindiwe’s plans are thwarted by unexpected news. Cobra’s fumbling to get Paulina pushes them further apart.

Cobra is forced to face the consequences of his bad decisions and Zolani fights his family’s generational curse.

One of Us Will Die

Lindiwe does everything she can to remind Zolani not to make the same mistake again. Cobra comes clean about his feelings.

The Truth is Revealed

Cobra makes a declaration to Paulina. The plan for one of Lindiwe’s biggest enemies is finally revealed.

Paulina runs towards her new responsibilities, while someone makes an earth-shattering discovery.

I’m Not Going Out Alone

Lindiwe and Zolani are taken aback when they realise that a common enemy is one step ahead of them. Paulina is on cloud nine over her new plans with a love interest.

An expectant lady fears for her life and Cobra struggles with the financial burdens that come with the new chapter in his life.

Deliver Us From Lindiwe

Lindiwe and Zolani put final touches to their grand plan, while Cobra and Paulina become the talk of the town.

Just as Cobra and Paulina make permanent plans, everything falls apart. The girl in Zolani’s life finally has her way but is no longer sure if this is the life she wants.

Cobra resorts to drastic measures to keep his son.

Tumi gets an unexpected call that could change the course of her life while Beauty receives some good news.

What Could have Been

Tumi’s growing relationship with a new family member threatens to destroy what she’s built with Lindiwe. Beauty finds herself in an uncomfortable situation as she plans for her new venture.

The Apple and the Tree

Mabutho starts to worry that Lindiwe’s old enemy might use Tumi to get revenge. Beauty struggles to find her feet in business circles.

A man from Tumi’s past starts to drive a wedge between her and Mabutho. Andile tries to protect Beauty’s business but there’s a surprise in store.