The connection between the families is that their eldest sons were switched at birth during the period when Nelson Mandela was released from prison. Uzalo details the relationships and conflict between members of the two families as part of a complex story.

Feeling disrespected by MaNgcobo, Nkunzi takes a drastic decision, Gabisile tries to comfort MaMlambo, but ends up feeling horrible, and Fikile makes a big decision for Sbu.
Thursday 2 May 2019
Episode 64
Khathaza comes face to face with the hitman, Gabisile forces Sibonelo to change his lifestyle, and Fikile takes over what’s supposed to be Sbu’s job.
Friday 3 May 2019
Episode  65
MaNgcobo realises Nkunzi doesn’t take her seriously, Qhabanga learns something Gabisile would rather he didn’t know, and Khathaza strikes while the iron’s hot.
Monday 6 May  2019
Episode  66
Nsizwa’s body is exhumed, MaNgcobo falls harder for her new suitor and Fikile makes it clear that she made Sbu.
Top 10 Richest South African Celebrities (2021)

Khathaza has much more in store for his enemy, there is a whole revenge plot that him and his sister are set on. Only time will tell.
Wednesday 8 May 2019
Episode 68
Without anymore options Sibonelo is forced to do the unthinkable. Gabisile worries about her son but an unexpected visitor throws a spanner in the works. The Panelbeater boys are finding it difficult to serve two masters.
Thursday 9 May 2019
Episode 69
MaMlambo begs MaNgcobo to help Nkunzi. Sibonelo and Sbu hijack a car. Khathaza and MaNgcobo make love.
Friday 10 May 2019
Episode 70
Gabisile wants them to wear the armour of God and watch as Nkunzi suffers for a crime he didn’t commit.

Nkunzi makes bail and finds a nasty surprise waiting for him at home, MaNgcobo makes a life-changing decision and Sbu commits the ultimate relationship crime.
Tuesday 14 May 2019
Episode 72
Nkunzi decides he has had it with waiting and starts acting, Sibonelo asks Sbu for a favour regarding Nkunzi, and Sbu lies to Fikile in order to get her purring again.

Episode 73
Nkunzi learns Khathaza is not a man to be scared easily, Gabisile and Qhabanga make a startling discovery at the police station, and Fikile is not ready for the reaction she gets at the salon.
Thursday 16 May 2019
Episode 74
Nkunzi is shocked when he learns what Mbatha has to say, Sibonelo proves blood is thicker than water, and Sbu promises to do right by Fikile.
Friday 17 May 2019
Episode 75
Gabisile wants to keep their marriage intact but Qhabanga has finally had it – he’s moving out.

Episode 76
Mr. Mbatha escapes from Nkunzi’s jaws. Gabisile wants Nokwanda to get Nsizwa’s body. MaMlambo turns to God to save her marriage.
Tuesday 21 May 2019
Episode 77
Nkunzi gets Sbu to help him on his revenge quest while he is frustrated by MaNgcobo’s request for a divorce. Fikile wants to ask Nkunzi for her job back.
Wednesday 22 May 2019
Episode 78
Lilly has some great news for Fikile, MaMlambo has to make a difficult decision, Khathaza makes a promise to Fihliwe, Gabisile overhears some gossip and decides to take matters into her own hands.
Thursday 23 May 2019
Episode 79
MaNgcobo’s plan to get divorce papers signed proves to be dangerous, Gabisile and Qhabanga drift apart even more, and the slay couple just can’t get it right.
Friday 24 May 2019
Episode 80
Fihliwe wants Nkunzi dead – she’s tired of waiting, Qhabanga and MaMlambo kiss, and Fikile slaps Sbu and tells her what he was planning to do was to inspire the boys.
Generations: The Legacy Teasers for November 2020
Monday 27 May 2019
Episode 81

MaMlambo prompts to help MaNgcobo with the divorce, Njeza comes through for his family, Sbu clears things up for Fikile.

Mondli discovers there is more to Nsizwa’s case than they already have.

Khathaza must choose between the two most important women in his life, the murder secret is revealed, Fikile screws Sbu once again. 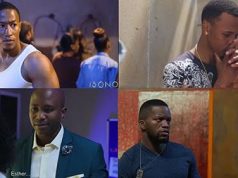 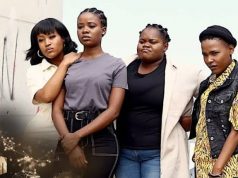 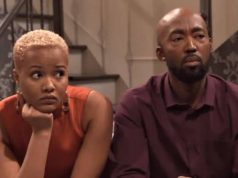 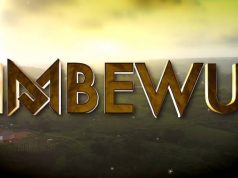 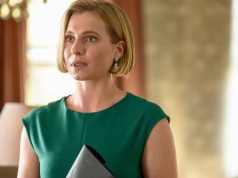