It is not hyperbolic for one to say that South Africa is massively rich in solid minerals, hence the presence of mining companies in the country.

Mining is not a sector that grows at a very fast pace. It takes years for the minerals in a reserve to mature.

In South Africa, The mining industry is administered by the Department of Mineral Resources and Energy (DMRE). 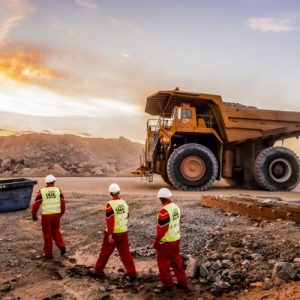 Anglo American plc, based in Johannesburg, is one of the world’s largest platinum producers. Furthermore, the corporation is a major producer of nickel, diamonds, metallurgical and thermal coal, copper, and iron ore, among other commodities. Anglo American plc is based in London, United Kingdom, but also has operations in North America, Australasia, South America, and Europe.

This mining company’s level of honesty in ensuring that their products are part of the resources needed to create a more sustainable future is admirable. They have retained their position as one of the premier mining firms by a combination of creativity, innovation, and skill.

The company, formerly known as Ingwe Collieries Limited, takes pride in being the owner and operator of collieries in both Mpumalanga and KwaZulu Natal provinces of South Africa. South32 Limited is the parent company of BHP Billiton, which was created in 1944.

Rio Tinto is a multinational mining business with headquarters in London, United Kingdom. The corporation is headquartered in Melbourne, Australia, and produces aluminum, diamonds, bauxite, molybdenum, copper, uranium, coal, and iron core, among other things.

After Kumba Resources’ coal and heavy mineral activities were spun off in November 2006, the firm took over. As a result, Kumba Iron Ore, which now specializes on heavy minerals, and Exxaro Resources, which handles coal, were formed. Kumba Iron Ore had a net profit of R14,148 million in 2014 and employed 14,040 people.

Sibanye-Stillwater is one of South Africa’s largest gold mining enterprises, as well as the third largest producer of palladium and platinum. The company mines, extracts, and processes gold to create a beneficiated product that is then refined into gold bars with a purity of at least 99.5 percent.