Bradley Carnell (born 21 January 1977) is a retired South African footballer who is currently serving as the interim head coach of the New York Red Bulls in Major League Soccer. 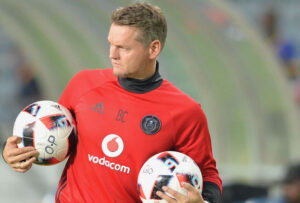 His greatest success came at Stuttgart where he helped win the league silver in 2003. He was selected for the 2002 FIFA World Cup.

According to media reports, he was involved in an on-field altercation with a fellow player (goalkeeper Markus Miller) during a German league match in Frankfurt during September 2007.

He announced his retirement from football on 27 August 2011.

On 28 March 2017, Carnell was announced as the new assistant coach of the New York Red Bulls of Major League Soccer. On 5 September 2020, a day after the firing of Chris Armas, he was named interim head coach.

He has an estimated net worth of $1,000,000 which he has earned as a professional footballer.