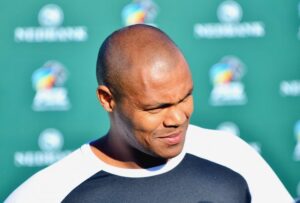 August has made 16 appearances for the South Africa national football team, his debut coming in a qualifying match for the 2000 African Nations Cup against Republic of the Congo on 3 September 2000.