Their Debut album Gqom Is the Future was certified gold by RISA making it the first Gqom album to ever achieve this status. 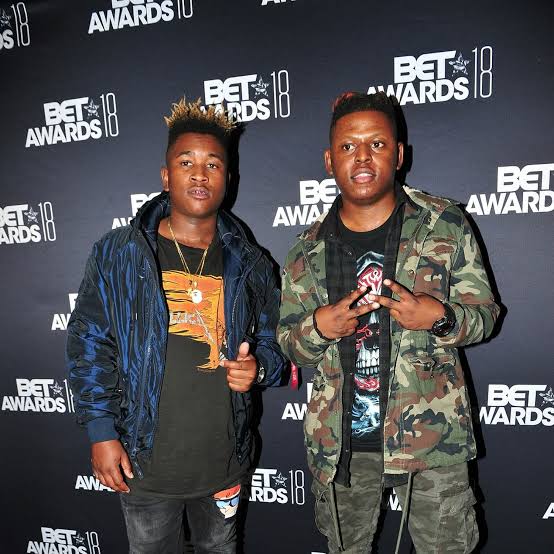 Goldmax and Que were born in KwaMashu, the second biggest township in Durban. They established themselves by jamming to their own gQom and house sets at local taverns and shisa nyama’s in and around KwaMashu.Having ran into each other a lot and appreciated each other’s playing styles at these kinds of local gigs, they then decided to merge their skills and form Distruction Boyz.
Christall Kay - Biography, Age, Husband, Career & Net Worth

Distruction Boyz released their breakout single titled Omunye which features Benny Maverick now known by the name of Dladla Mshunqisi. The song was certified gold by the Recording Industry of South Africa.The duo then released their debut studio album titled, Gqom Is The Future on October 20, 2017 which was certified gold by RiSA on December 18, 2017 making it the first Gqom album to achieve this status. In 2020 they realeasd a song called nevermind ft Zhao.
Sindi Dlathu - Biography, Age, Husband, Net Worth, Salary & Movies

Here is a list of all songs Distruction Boyz have released since the year they became active until present.

They have an estimated net worth of $5 million