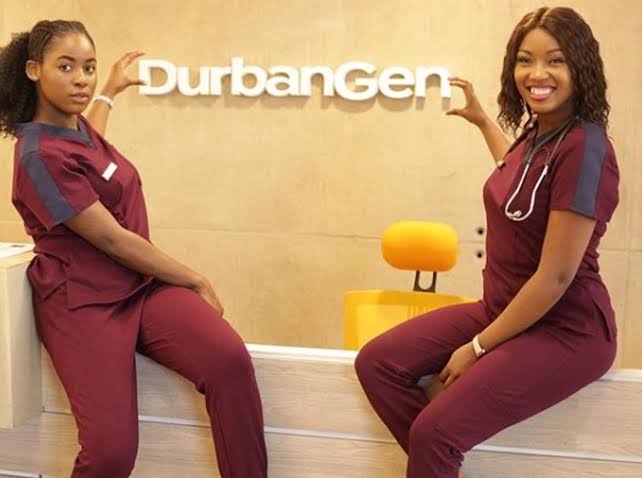 Pressure mounts as Mbali prepares herself for virginity testing ahead of Umemulo while back at the hospital everyone finds out that Ngcobo needs treatment.

Mbali passes a huge test but the victory are bittersweet. It’s confrontation time as Zondo learns the truth about a fellow colleague. A hand becomes a subject of interest, again.

Mrs. Dlamini decides to take charge of the traditional wedding preparations. Lindelani stumbles upon new information about Mbali, while a famous socialite’s husband gets admitted at Durban Gen.

The Dlaminis prepare Mbali to be a wife, while Lindelani makes the decision to pack up at the hospital. Sne annoys a patient’s family member.

Lindelani makes a daring and bold move for Mbali at her wedding with Sibusiso. Precious finds a way to get what she wants from Thabo. Thee Doctor Luthuli makes a grand entrance at the hospital.

Mbali comes face to face with an old enemy. When Luthuli Snr arrives, it’s chaos at the hospital. Calvin has his eyes on another man’s treasure.

Lindelani is all bruised up from trying to stop Mbali and Sibusiso’s wedding and Mrs. Dhlomo wants Calvin to do her a huge favour.

What will Calvin do when faced with the choice of being the heroic nurse or changing his financial situation?

While word gets around that Luthuli has decided to up and leave, Calvin only has one thing on his mind; Mr Dhlomo’s death. On the other side, Precious bites the bullet and spills the beans to her family.

Calvin lets MaGvyver in on his little secret. Sinqobile is happy to hear that she can keep her butt implants but is this for the best?

Thabo is not taking Precious’ pregnancy well. A patient dares to escape the hospital and Calvin finds himself spending the wrong money.

Dudu threatens to put Sinqobile out of work should she put her health first instead of her profession. Precious finds out that Thabo knows the truth. MacGyver convinces Calvin to start blowing the money.

Precious enlists Sibusiso’s help to throw Thabo off-trail. Lindelani and Ndlovu’s friendship is strengthened. Calvin and MacGyver are thrust into a quest to find a missing ambulance.

Mbali’s slight oversight causes a patient’s death and Bab’Gumede taps into unfamiliar territories to deal with his money woes.

Phumeza reveals shocking information about Mbali. Lindelani twists Ndlovu’s arm in making a huge decision about a VIP patient. Bab’Gumede gets a surprise visitor that has him running for his life.

Qwabe deals with Ndlovu and Lindelani for taking matters into their own hands. Mr Radebe wants to do things right by his late wife. And Bab Gumede comes face to face with his unwelcomed guest.

There is a go-slow at the hospital while Qwabe wants to revive an old talent.

The nurses threaten a go-slow. Bab’ Gumede’s financial troubles mount. Qwabe takes a decision that might put her life in danger to save the hospital.

Qwabe performs her first surgery in years and something goes horribly wrong. Thabo continues to give Precious the cold shoulder. Bab’Gumede deals with a pest.

Lindelani and Ndlovu butt heads on what to tell Qwabe about her health. Sne takes pleasure out of seeing the doctors squirm without the help of nurses.