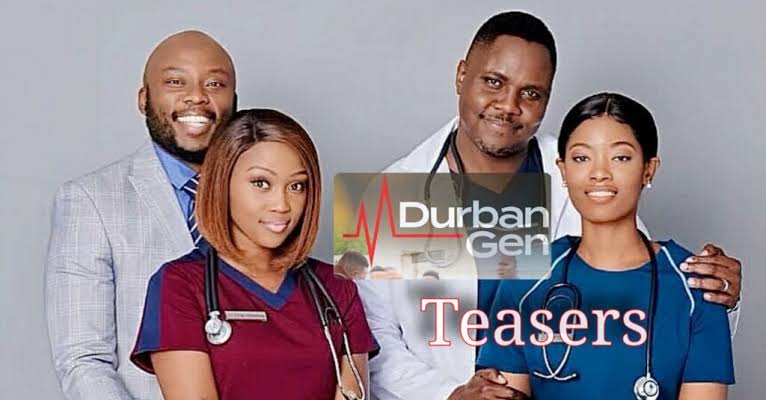 Mbali has to deal with the consequences of marrying Thabo. Qwabe is back with a new lease on life and medicine. MacGyver gets more than he bargained for in his new partner.

It’s the aftermath of the breakup and the entire hospital is talking. Qwabe tries to fit in with the crowd but she is a total nuisance, while MacGyver cannot stand his new partner.

Mbali has to deal with the aftermath of destroying Lindelani’s office and the hospital gossip. She lashes out at everyone including her closest friend and seems close to losing all passion for her job. Is she on the verge of losing her job?

Mbali and Thabo drink their sorrows away, while MacGyver is determined to find a way to bring back Bab’Gumede and escape the nightmare that is Ang’zwanga.

Mbali is on a down slope and she thinks no one sees, but Sne and Phumeza are on to her. Meanwhile, MacGyver is on a mission to get Bab’Gumede to return to the hospital but he gets disappointed by his own person.

Mbali proves to once again be competition for the other interns. Unemployment gets the best of Sibiya. MacGyver is smitten with his new partner in medical heroics.

Lindelani gets the bad news. Tension mounts between Phumeza and her husband. Thembi’s presence in the hospital is not welcomed by all.

Mbali attempts everything that she can think of to convince the Hlubis in saving their son’s life. Sibiya’s unemployment is a nuisance to Phumeza. Sne comes up with ways to make Thembi uncomfortable in Durban General.

Sibiya is a turn-off in bed and Mbali will stop at nothing to get blood on her hands, while Sne gets extra jealous of Thembi.

Will Mbali gets a court order overruling the Hlubi’s decision? Sibiya saves the day at Durban General and by a twist of fate, earns himself a job. Sne’s efforts at getting MacGyver’s attention backfire on her.

A patient is more than just familiar to Zandile. Sibiya and Phumeza make up, while MacGyver is failing to win Thembi over.

Zandile’s routine and emotions are turned into turmoil when it becomes clear she knows the homeless man. While the other interns search for the source of a little boy’s illness, MacGyver is still stuck in dating hell when Thembi fobs off his advances and tells him she’s lesbian.

There’s an emotional Tsunami at Durban general and it is named Zandile. Sandile is diagnosed with a serious condition and MacGyver and Calvin make a huge blunder.

The rough around the edges Zandile finally has to succumb to her feelings about her father but she might be too late. Will Sibiya’s investigation lead to a successful arrest? Meanwhile, Calvin is tasked to make up for the previous night with Thembi.

Zandile fears losing her father but the old man comes around. Jack has a surreal encounter with a new patient. Nkabinde breaks her leg and the cast and crutches turn her into a dragon lady.

Jack and Nandi could be related. Zandile rekindles with her father. Bhengu catches Bra Jon consulting with other patients.

Zandile finds out as much as things may change they still stay the same. Jack starts to get answers to the questions she has. MacGyver seeks answers to his woman troubles.

Zandile returns to work with a new attitude. Jack’s convinced she’s found the reincarnation of her late sister. An all day consultation with Bra Jon has MacGyver’s colleagues in shambles.

Jack helps her mother finally get closure on her sister’s passing. MacGyver and Jon find themselves in hot water with the superintendent. The nurses plot to sabotage Nkabinde’s new wheels.

Thabo and MacGyver want their jobs back but they quickly learn that oil and booze don’t mix well for Qwabe. Jack breaks over a cold heart.

Can Thabo stay sober when his fun-loving friend drops by, how will Zondo handle being forced to deal with gynaecological patients, and will MacGyver win the fight for his job?

10 Excellent Home Remedies to Get a Flat Tummy after Delivery