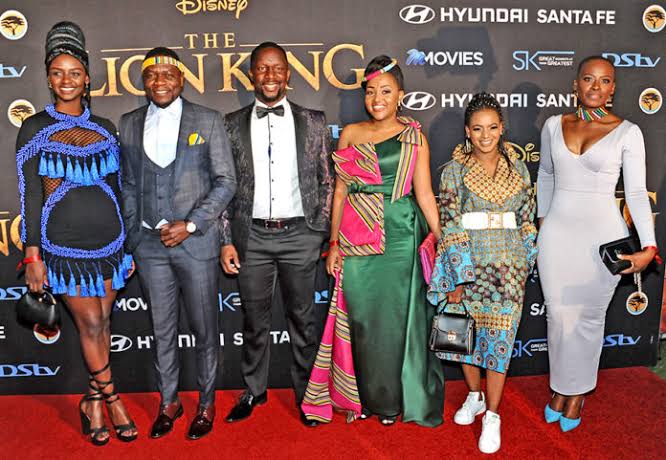 Marang starts to worry about Kgosi when she realises he hasn’t taken his phone with him. Moipone is terrified that the truth about baby Kenosi will be revealed. Mpho has a strong reaction to the baby. Vho-Mukondeleli goes missing while looking for the precious jacket.

Tensions between Itseng and Imani mount to an explosive climax. KK arrives in Johannesburg to support his son, only to find he has disappeared. Vho-Mukondeleli and Vho-Masindi have some soul searching to do before peace can be restored.

Imani thinks something sinister is happening in their home and Imani goes to Mpho to find out what. KK is racing against time to rescue Kgosi but is nowhere near any leads. Thathe is buzzing with a cook-off to end all cook-offs and Vho-Masindi is ready to take on the challenge.

Vho-Mukondeleli has an idea to make Vho-Masindi feel better. Mpho babysits Keniso and gets attached to him. Mr Radebe tells Kgosi’s that his time has run out.

The Mabalanes will perform the cleansing ritual for Imani albeit on one, unnegotiable condition. Kgosi and KK reconcile. Vho-Mukondeleli receives some pleasant news.

Imani decides to sit on the mattress. KK takes the pills to kill himself. Vho-Mukondeleli asks Shaz to be her front in the cook-off, but Shaz turns her down.

KK’s life hangs in the balance. Gugu is forced to cover Imani’s back by lying to James. Mukondeleli pulls some strings to enter the Mogodu cook-off.

Mulalo wants Luruli to forget about Teboho. James gets a nasty surprise when he calls Aunt Thoko and asks for Imani. Vho-Masindi knows that Vho-Mukondeleli is up to something with the mogudu competition.

James comes to a decision regarding his marriage to Imani. Mulalo is not coping hiding his secret social life from the royal family, especially when one turns up at the house. Vho-Masindi is on a mission to find Sophie Radzilani and enlists the help of Vhangani.

Masindi questions why Mukondeleli is looking for mogodu recipes. Elelwani isn’t happy with how Mulalo is treating her. Imani and James try to apologise to Marang.

Gugu decides to go to Venda. Mulalo breaks up a fight between his girls. Masindi learns that Shaz is Sophie Radzilani.

Gugu can’t negotiate with the striking workers. Vhutshilo asks Azwindini to help Gugu and act as mediator. Shaz comes clean about the mogodu-gate. Vho-Masindi wins the tripe competition. Shumi comes back. Gugu and Azwindini are stuck in an underground bunker after a tremor.

Mulalo’s coldness towards Shumi has her wondering why she was summoned to the royal house. It’s a race against time when Gugu and Azwindini find themselves the victims of an unexpected disaster. Waterside’s scathing review from an irate food critic has a surprising outcome.

Gugu and Azwindini bid last farewells to their families. Shumi runs into a confrontation with one of Mulalo’s side chicks. Mulalo has had no luck all night but ends up in bed with the last person he wants.

Azwindini and Gugu are convinced it’s over for them. Mulalo turns Shumi down. Masindi buys herself a car.

Things get hot and steamy between two friends. A young wife seeks intervention in her marriage. Vho-Masindi hits a brick wall.

The royal house finds out that there was a second tremor and that Azwindini and Gugu have been presumed dead. Imani is grief stricken when she hears the news of Gugu’s death. Gugu declares her love for Azwindini while he’s unconscious. He regains consciousness and tells her that he loves her too.

They both start smelling gas and realize that there’s a gas leak. Mulalo commits to being the best father to Luruli but fails to make it to his soccer game on time. Luruli goes missing but then Belinda finds him and reunites him with Mulalo.

Help arrives for Azwindini and Gugu. But are they too late? Gizara wants to plan Azwindini’s funeral but Susan is not ready. Mulalo makes some very wrong assumptions about Belinda.

Help seems to be at hand for Azwindini and Gugu. But will it be in time? Mulalo is taught a valuable lesson when he’s made to see his behaviour towards women from a different angle. Vho-Masindi resorts to unorthodox measures when her nerves get the better of her.