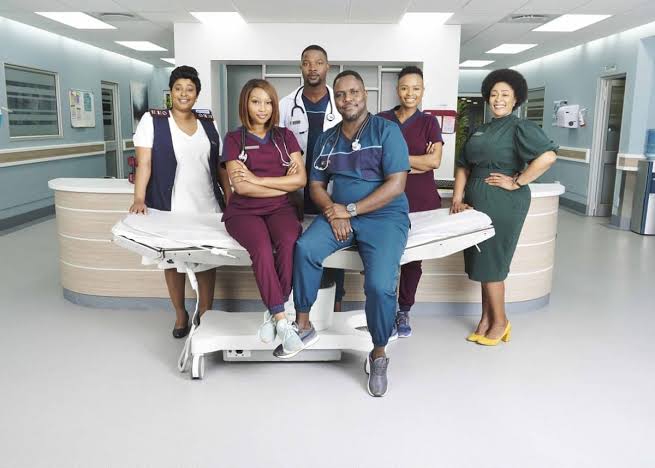 With Qwabe under the knife, Lindelani dodges bullets while Ringo takes no prisoners in his grand escape from the hospital.

Zondo has to find Thembisile or she’s in trouble. Qwabe needs to save her relationship, while Bab’Gumede happily strengthens his.

Mchunu attends to a patient while held at gunpoint. Lwandle’s boredom and curiosity leads her down a rabbit hole and Lindelani operates on Qwabe unaware of the danger his daughter might be in.

Mchunu tries saving the day and the unthinkable happens. Ndlovu stops Lindelani from going to save a loved one that is in danger. Calvin tries assembling a hospital task force to help the police, in vain.

Tensions mount as Ringo and the police finally meet. Lindelani has a tough decision to make. Luthuli makes a heartbreaking discovery.

Lindelani worries about Lwandle. Luthuli is not as strong as she makes it seem. Calvin and MacGyver compete with each other.

The race is on at the hospital on all fronts. Will Qwabe survive? Will Lindelani ever forgive Mbali? And who of the two boys will win over Thandi’s heart?

Qwabe is awake and doing well, on her way to recovery. Luthuli is not coping with Mchunu’s passing. McGyver makes inroads with Thandi to the chagrin of Calvin.

Qwabe celebrates her tumour being removed and asserts her position at the hospital while Lindelani stews in guilt. Luthuli blames herself for Mchunu’s death but a patient at the hospital unwittingly helps her make peace with his death. Calvin and MacGyver play dirty in competing for a girl’s attention.

Nkabinde raises dust about the injustice of Mchunu’s death and the interns raise a glass to a fallen hero.

The interns are being inducted into a new system at the hospital but Mbali shows very little interest. Meanwhile, Qwabe is in recovery and is grateful to Lindelani, while she spits venom at Thabo, accusing him of wishing her dead.

Macgyver and Calvin’s rift comes to a head when a string of unwanted patients show up at the hospital.

Lindelani cannot stand Mbali and is using the workplace to punish her. Phumeza has her hands full with her rude, irresponsible pregnant cousin while MacGyver scrambles to get out of his brokenness.

Mbali stands up for her rights. Qwabe appreciates Ndlovu more. MacGyver is in a tight corner while Phumeza is being drowned by her own flesh and blood.

Mbali is in war mode. She is ready to fight for what she believes in, until it seems like she may lose her job because of it. MacGyver needs other means of cash to make up for losing his DJ-ing gigs so he considers the offer from the strange man he recently met.

Thabo is back to his ways. He goes on a rondezvous which turns out to be a rondez-bust!

Mbali deals with the repercussions of her insubordination and finds herself attending a hearing. Precious wants a baby and everything in the hospital makes her want it even more. MacGyver tries to get a client pregnant but his manhood has other plans.

Thabo is still in the pits as Mbali losses more than her virginity. Will MacGyver’s test-tube babies come to haunt him?

An unexpected visitor shows up on Mbali’s door. Precious gets a mysterious phone call from Sibusiso, what could they be up to? MacGyver learns that he cannot undo his “get rich fast” actions that might have dire financial implications for him in the future.

Mbali rejects Sibusiso’s dinner invite to be with Lindelani. Precious drops a bomb on Sibusiso by asking him for the unthinkable. MacGyver turns dark to get back his sperm from Bab’Mzobe.

Mbali’s pendulum has a lopsided swing between two hearts. Thabo gets rejected by a regular conquest. MacGyver needs help from friends to take on Bab Mzobe.

The flame between Mbali and Lindelani is yet again ignited. Will Sibusiso put a damper on things or will he create ‘Precious cargo’ elsewhere?

Sibusiso and Mbali reach a boiling point in their relationship. MacGyver is trapped trying to rescue his seed. Zanele returns home to a nasty surprise.