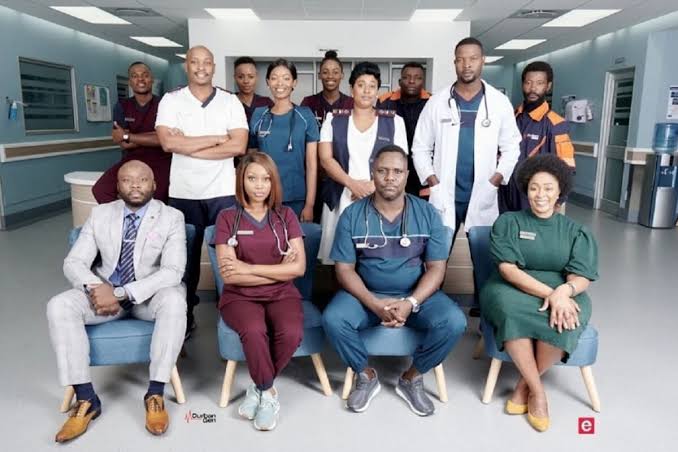 Mbali becomes Sne’s secret keeper. Calvin is desperate to keep Lindiwe alive. And Nurse Mhlongo pollutes the air for everyone.

Gog’Radebe’s weird behaviour continues to reaffirm Mrs Dlamini’s belief that she is a witch. Calvin continues living in denial about Lindiwe’s deteriorating condition.

There’s a witch and a skunk at Durban General and it all reeks of foul play. Zandile casts a spell of shame on everyone, while Nkabinde spells out what she won’t tolerate.

Mrs. Dlamini meets up with Gog’Radebe and she apologizes. Zondo rescues Nurse Mhlongo from her problem. Calvin is there for his girlfriend Lindiwe.

Gog’Radebe and Mrs Dlamini find themselves at the mercy of the angry community members of KwaMashu. Calvin makes a big sacrifice for Lindiwe and Sne decides to confront Nurse Mhlongo about her bad odour once and for all.

A botched surgery patient attacks a senior doctor. Sne wants nothing to do with Lindelani and Calvin burns with rage.

There’s mixed feelings about the new Doctor in the hospital. Calvin is heartbroken by Lindiwe’s last words. Bangizwe takes the trophy for being the most chaotic patient.

Jack struggles to convince Bangizwe to do what she thinks is the right thing to do. Dhlomo fails to win Sne’s attention.

Nkabinde is a school-girl, smitten with Dr. Dhlomo. Jack curses Bangizwe and MacGyver is captured.

Zondo and Bhengu are tasked with finding the diagnosis of a 13-year-old boy with a mysterious illness that’s causing him to go blind.

Lindelani decides to face his fears. Dr Dhlomo gets an extension on his ten minutes. The interns struggle to take a patient’s bloods.

Will Lindelani convince Mbali to forgive him after telling her about him and Sne’s baby, has Jack found her groove as a doctor as she helps Gloria and can Sne trust Dr Dhlomo to be the committed man of her dreams?

Sne and Dhlomo are almost busted with their pants down. It turns out that Themba is a junkie and Gloria’s jealous neighbours want her gone.

Mbali tells Lindelani exactly how she feels about him impregnating Sne. Jack decides to let bygones be bygones. Sara is responsible for her son’s sickness.

Lindelani shocks Mbali and asks her to move in with him. Bhengu’s financial woes are starting to catch up with him and Dr. Dhlomo overhears the nurses discussing disturbing details about his break up with Sne.

Mbali is being bullied, but she takes it without complaining. Sne fails to resist Dr Dhlomo’s charm. Bhengu’s family is sucking him dry financially.

Mbali tries to make sure that Mrs Dlamini keeps to her diet. Bhengu gets punched for being Bab’Bhengu’s son. Sne wants to confess her pregnancy to Dr Dhlomo.

Phumeza chastises Sne for not coming clean with Dhlomo. Lindelani is mad at Mbali for not talking to Mrs Dlamini. Bhengu turns things around for his sister.

Mbali stops dancing to Agatha’s drum and Bhengu has to face the music. Will Sne finally come clean to Dr Dhlomo about her bundle of joy?