Headed by CEO; Andre de Ruyter, Eskom has its headquarters at Sunninghill, Sandton, South Africa. It was founded on the 1st of March, 1923 and employs over 46,000 individuals. Here is a comprehensive list of Eskom power stations. 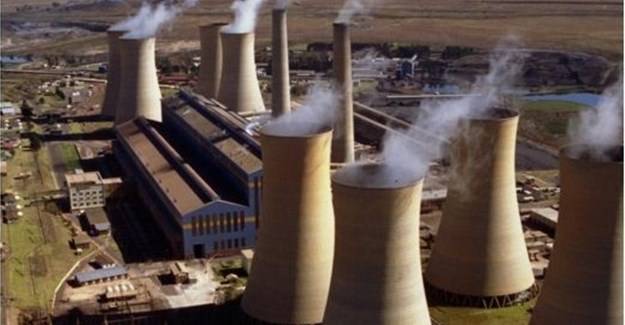 Built simultaneously with the Gourikwa Power Station at a total cost of 3.5 billion Rand, and opened by Deputy President Mlambo Ngcuka on October 1st, 2007, Ankerlig which was previously called the Atlantis OCGT, is one of South Africa’s five gas turbine power plants. It is located close to the R27 provincial route.

Given an award of recognition by the National Occupation Safety Association twice, Arnot is one of the earliest Eskom power stations in Mpumalanga. Its construction started in 1968, and it became fully operational in 1975. It distributes power to the South African grid and the Mozambican Mozal Aluminum smelter.

The Drakensberg Pumped Storage Scheme was built in the Free State and KwaZulu Natal provinces, beginning from 1974 until 1981. The project features four dams, namely the Driekloof dam, Kilburn dam, Woodstock dam and the Driel Barrag.

With its 300-meter tall chimneys, Duvha is powered by coal, and it is located in Mpumalanga. The project started in 1975, and its last unit became operational in 1984. Duvha, in 1983, was retrofitted with the Pulse Jet Fabric Filter to help in reducing air pollution, and it went down as the first power plant in the world to get such an upgrade. It has six units of 600 Mega Watts each and a total capacity of 3600 Mega Watts.

With an impressive capacity of 1,200 megawatts or 1,600,000 hp total installed capacity, the Grootvlei Power station has six units, and the first of these six was commissioned in 1969. By the year 1990, all the six units had been mothballed, but because of the greater need for electricity, Eskom had restored three of them by the year 2008. The facility’s units five and six were the very first to undertake the dry cooling test in South Africa.

This power station started its operations in January 2006 at 3 x 148 MegaWatt units, with the next phase of 2×148 MegaWatt units being completed in 2008. Gourikwa is in the Western Cape, approximately thirteen Kilometers west of Mossel Bay.

It rests on farmlands that are opposite to the Petro SA Refinery. The plant derives its name after the Gourikwas tribe who gave up their land for the project to be developed.

With its construction starting in 1982 and extending till 1983, the Kendal Power Station is the biggest in South Africa. Kendal is a coal power station in Mpumalanga, and it has the AEMFC coal mine as one of its primary sources.

Located in Mpumalanga, and ranked among the country’s oldest power stations, Hedrina started operations between 1970 and 1976. Hendrina has a full capacity of 2000MegaWatts.

This is the only nuclear power plant in Africa, and it is situated 30km north of Cape Town. It has two pressurized water reactors, and the fuel that is used in each reactor is loaded with Uranium dioxide pellets. The station has an annual production of 13,668 GigaWatts.

Kriel is in Mpumalanga, about 4 kilometres away from Kriel town. The station is unique in that each of its turbine generators is housed separately. After completion in 1979, it went into the record as the largest coal-powered station in the Southern Hemisphere. At the same time, it was among the first stations to get coal supplies from a fully mechanized mine.

This is an Eskom coal facility that is found in Mpumalanga between Amersfoort and Volksrust. Majuba does not receive its coal from any specific mine, and instead, it gets its supply from different sources, making it very unique.

Matla Power Station in Mpumalanga, South Africa, is a coal-fired power plant operated by Eskom and consuming the output from the Matla coal mine.

Standing tall as the world’s largest dry cooled power station, the Matimba Power Station located at Ellisras, Limpopo has a total capacity of 3,890 Megawatts. It receives its coal from the Grootegeluk coal mine over a conveyor belt.

Located near the Palmiet River in Cape Town with two 270,000 HP turbines, UNESCO declared the Palmiet scheme area as a Biosphere Reserve in December 1998.

Tutuka thermal power station is located in Mpumalanga, and its first unit was launched in June 1985 and the last one in June 1990. It has six 609 Megawatt units with a total capacity of 3654 Megawatts.

Vanderkloof Dam can be found close to the Rolfontein Nature Reserve along the Orange River, and it has a capacity of 240Mega Watts.