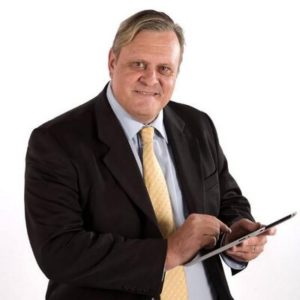 Mansfield got married to Jacqui Thompson, a former game ranger and author in the year 2003.

He has a daughter that is named  Gabriella Mansfield.

He has written the following books;

Jeremy Mansfield is set to make his return to radio next week, stepping in as the host of Hot 91.9FM’s breakfast show.

The new show has been branded ‘Mansfield in the Morning’ and kicks off next Thursday on November 1st. In an announcement on the station’s Facebook page, Hot91.9FM says that fans can expect Mansfield’s unique sense of humour as well as the host delivering his irreverent opinions across a range of topics.

“I’ve always believed in the unifying power of laughter and creating shared value in the communities I serve. Here I get to do both,” Mansfield said.

“Jeremy will bring back the fun element of morning radio, which will entertain and engage our audience. Together, we will work with him to grow Hot Cares and ensure sustainability across our many community initiatives,” Hot 91.9FM Managing Director, Lloyd Madurai said.

Mansfield’s arrival at the station comes just under a month after Hot 91.9FM fired breakfast show host Sasha Martinengo for calling EFF leader Julius Malema a “monkey” live on air. Martinengo subsequently defended his comments on Twitter and the Economic Freedom Fighters have opened a criminal case against him.