Stocks are basically shares; it is the unit of capital allocated to an individual. The individuals that own the stock or the shares of a company are called Shareholders. For example, if MTN issues 1000 shares, and you bought 100 shares, the shares you bought signifies the fact that you own 10 per cent of MTN.

There is also a market where newly issued stocks are sold which is called the primary market, and the market for which previously issued shares are sold which is called the secondary market. For example, if MTN is a new company and it is issuing its shares to the public for the first time (IPO), such stocks are traded in the primary market. However, if a person that bought the share the first time it was issued and he or she want to sell that share, that share is sold in the secondary market. 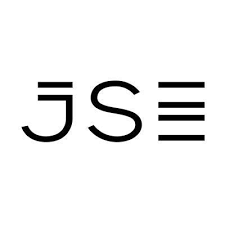 There are three ways in which a stock can be traded, this include

The most popular of the three is the Auction exchange, and it has a different name in different countries. For example, the New York Stock Exchange (NYSE) which is based in USA, the London exchange rate, and in South Africa it is called the Johannesburg stock exchange (JSE).

The JSE was established in 1887, during the first gold rush in South Africa. The JSE joined the World Federation of Exchanges in 1963, following the first legislation covering financial markets in 1947. In 2003, provisions were made for small and mid-sized listings via the introduction of the alternative exchange, AltX. We conclude with some of these facts about the JSE.

How to Buy American Stocks in South Africa