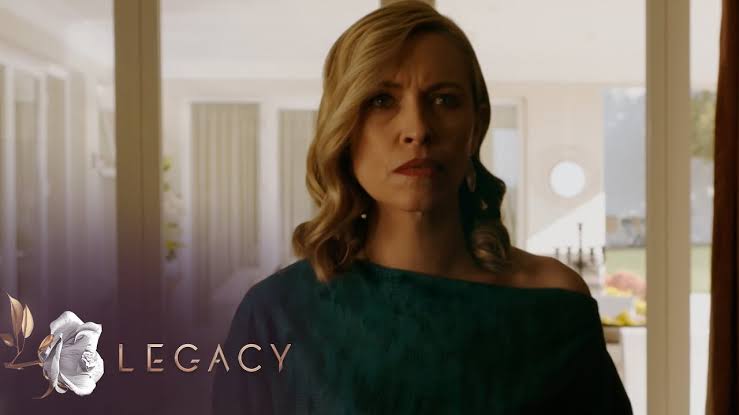 As Felicity prepares for the biggest day of her life, Stefan, Gordon and Angelique race against time to reveal something to her. Petra is excited about a huge opportunity only to discover another new opportunity blooming right in front of her eyes.

Felicity is faced with a life-changing decision, while Petra finds herself in a predicament.

James reveals his shocking strategy to Angelique. In a drunken rage, Stefan decides to take matters into his own hands.

Stefan decides to take matters into his own hands. James sabotages Angelique and appears to have the Price family under his thumb.

James’ plans are moving ahead full speed, while Dineo receives a letter that leaves her feeling breathless. Petra has huge, life-changing decisions ahead of her. What will she do?

Sebastian shakes things up for the Price family from beyond the grave. Petra fields mixed emotions over her emigration.

Dineo assures the Price sisters that she will treat them fairly, but Felicity prepares for war. Petra finds herself torn between the bright future ahead of her, and the love she’ll leave behind.

As Dineo and Felicity draw the battle lines, Gordon does his best to make peace as Msizi spots an opportunity to stoke family tensions. Petra makes an even bigger decision about her dream job…

Petra is quickly reminded that every choice comes with its costs. As Dineo and Felicity square up for a vicious battle, Lexi and Elizabeth are forced to pick sides.

To leave or not to leave

Dineo makes a drastic about-turn in her feud with the Price sisters, shocking even her own lawyer. Petra’s new journey coincides with the arrival of a new senior team member who takes a shine to her immediately.

A declaration of war

With James’ encouragement, Felicity decides that Dineo’s olive branch is really a declaration of war. At the make or break board meeting, a secret ballot ends in shocking slap in the face – literally.

A family at war

The Price family divide widens as the court case approaches. Petra finds herself compromised as a colleague tests the line.

Petra tries to set some boundaries with a colleague, but finds herself increasingly off-balance. Angelique and the Price sisters fire off a devastating and dishonest opening salvo in the court case against Dineo.

As Dineo is shredded in court, it seems more and more certain that Felicity will get all that she desires. Mike’s attentions make Petra increasingly uncomfortable. She reaches out for help from Angelique, the one person who can intervene.

The court case that has driven the Price family reaches its unexpected verdict. Petra blows the whistle on Mike’s inappropriate advances.