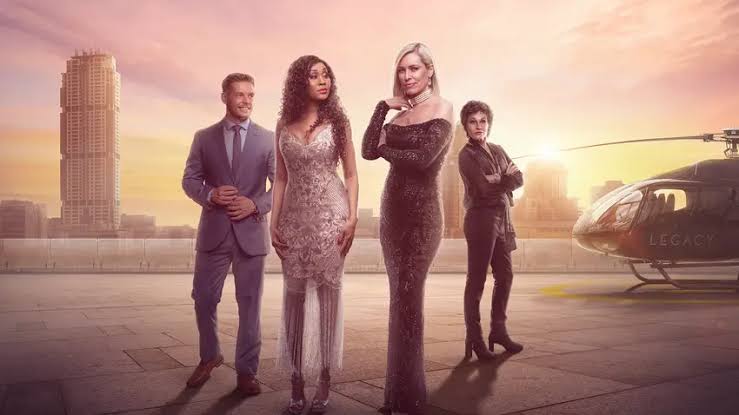 Dineo comes back at Felicity and takes her revenge. Stefan spins out as he puts Petra’s life in danger.

Dineo has an unexpected visitor and is forced to relive her past. Stefan goes to the end of the world to try and rescue Petra.

Stefan finds himself in deeper waters than he can handle, prompting Willem to make new allies.

Stefan and a friend race the clock in a bid to rescue a family member. Petra comes up with an audacious plan that could either set them free or send them plummeting to their deaths.

What Have I Done?

Lexi’s night of fun turns to horror and difficult decisions have to be made. Just as the Potgieter family try to reconcile, they find themselves confronted with something new.

We did a bad thing

Felicity tries to clean up the loose ends from a night of horror. Petra is worried about Andy’s bad influence on her father. Angelique brings an irresistible opportunity to the board.

Msizi bursts Angelique’s bubble by reveailing information about the man in her life. Stefan has shocking news for Felicity.

After a something terrible happens, Felicity cooks up a lie that protects her siblings. With Petra threatening to do something drastic, Willem comes clean about a secret he’s been keeping.

Stefan and Petra must reassess their opinion on Andy after finding out the truth. Angelique and Msizi are under investigation for insider trading.

Without honesty, you’re nothing

When Andy’s plans are derailed, Stefan steps up and presents a new opportunity for both of them. One of the Price sisters is questioned by the police, but the lies and guilt are about to overwhelm her.

Willem is hopeful Andy has turned a corner in his new endeavour, but not everyone is as confident. Sefako shares news that leave everyone stunned.

Felicity scrambles to find out why things are not going according to plan. Just as Petra warms up to the idea of Andy’s new business venture, another curveball comes flying in.

Defying her sisters, Lexi decides she can no longer live a lie. Angelique prepares to put the knife into Msizi’s back once and for all.

Angelique lays a trap for Msizi that someone discovers. A celebratory supper at the Potgieters is interrupted by shocking news.

Lexi is desperate to undo the damage that has occurred at her expense but things get complicated. Stefan and Petra are left to second-guess their conclusions about Andy.

After Dineo’s betrayal, the three sisters finally face the consequences of their secrets. As pressure mounts, the sisters’ relationship starts to fracture. Petra’s distrust of Andy mounts, and she sets out in search of evidence to show Willem the truth about his friend.