Lerato Walaza (born 17 October 1994) is a South African actress best known for her role as Zamo in the TV series Shuga. 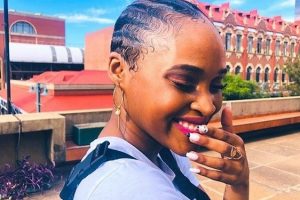 She attended the Tshwane University of Technology where she bagged a degree in drama.

She rose to prominence after landing the part of Zamo in the first season of MTV Shuga. She plays a young single mother, demonstrating the difficulties of combining life and raising a child, even with the aid of your mother. She was a recurring character that appeared in both series two and three.

In 2019, she starred in the film “Letters of Hope,” which premiered at the Johannesburg Film Festival. The latter picture was chosen as the 5th South African International Feature Festival’s opening film.