The medical profession is regarded amongst the best and most profitable professions for all the right reasons. 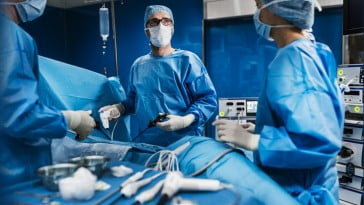 Factors Which Determine the Salary of a South African Doctor

How Much Do Medical Doctors Earn in South Africa?

Now that we have explained the factors which determine what salary South African medical doctors earn, let’s address the ranks among South African doctors and what they earn.

Pharmacists Salary in South Africa (2021): See What They Earn

The salaries of medical doctors in the country are majorly determined by their levels of experience. The more years of experience the higher your wage.

A person working as a Doctor in South Africa is believed to earn around 73,300 ZAR per month. Salaries range from 26,900 ZAR (lowest average) to 124,000 ZAR (highest average, the actual maximum salary is higher).

This is the average monthly salary including housing, transport, and other benefits. Salaries vary drastically between different Doctor / Physician careers.

Dentists Salary in South Africa (2021): See What They Earn

Generally speaking, you would want to be on the right side of the graph with the group earning more than the median salary.