Azwindini shocks everyone when he relents to Mpho’s wishes. Gugu suffers an unexpected loss. Marang’s unexpected guest drives them insane.

Vho-Masindi sabotages Mpho’s chances of being a candidate. Gugu and Qhawe are hard hit by their loss. James and Marang deal with their unwelcomed guest that refuses to leave.

Mpho gets the job and finds out that she’ll be working closely with Tenda. Gugu blames Qhawe for her loss. Ausi Ntsoaki and Hangwani hit it off.

Mpho hides the truth about her new appointment. A rapid romance kicks off with Rendani and Hulisani. Hangwani unknowingly reveals Ausi Ntsoaki’s secret.

Mpho and Tenda lock horns and Mpho comes off second best. Rendani is in love but Shaz wonders if it’s going to last. Marang feels bad when Ausi Ntsoaki tells her the full story of what happened to her.

Mpho volunteers to make a sacrifice to save the Vhakevho from being torn apart. Rendani makes an unexpected discovery about Hulisani after she commits to him. Ausi Ntsoaki’s interview goes bad. She’s not leaving anytime soon.

Mpho has resigned from working under Tendamudzimu, but other chieftainships in other regions have something to say about it. All hell breaks loose in Hangwani’s household when she finds Rendani’s marriage certificate. Marang is pleased that things are going well for Ausi Ntsoaki.

Azwindini finally gives Mpho his blessing, but the blessings have conditions. After all the indifference Hulisani wins Hangwani over. Apparently Ausi Ntsoaki is cursed.

Tenda is convinced that Mpho has been sent by the royal house to spy on him. Shaz finds out Rendani’s secret, will she keep her mouth shut? Ausi Seipati tells Ausi Ntsoaki that she needs a cleansing ceremony.

Azwindini reveals his scheme to trap Tendamudzimu, to which Mpho has an unexpected reaction. Rendani’s fears are justified when Gizara finds out about her secret marriage. There are strange happenings in James and Marang’s house when Ausi Ntsoaki undergoes a ritual to lift her curse.

The trap is set, Azwindini relishes the outcome only to be betrayed by one so close. Gizara comes face to face with Hulisani and gives him an ultimatum for the sake of Rendani. Ausi Ntsoaki is ready to throw in the towel but the prophet reveals something life-changing.

Mpho and Tenda share a tender moment. Rendani decides to go without her family’s blessing over her marriage. Ausi Ntsoaki tries to secure her job in James and Marang’s house.

Azwindini feels betrayed by his loved one. Rendani arrives in Thathe to face the family. Hangwani opens Ntsoaki’s eyes to something she is oblivious to.

Mpho is touched when Tenda takes her suggestions to heart. Rendani assumes she will be able to have a royal wedding…but things are not that simple. Marang and James are stunned by Ausi Ntsoaki’s demands.

A photo in the local newspaper puts Azwindini’s nose out of joint and a smile on Tendamudzimu’s face. The Vhakwevho give Hulisani a hard time when his family arrives to negotiate lobola. Ausi Ntsoaki discovers a snake in the grass when her demands regarding an employment contract blows up in her face.

Azwindini plans a romantic getaway for his wife but gets unexpected results. Hulisani is hustling trying to come up with the lobola money demanded by the Vhakwevho. Ausi Ntsoaki tries to Impress Marang and James but puts herself on the line of being fired.

Tenda tells Azwindini to stop fretting; he respects Mpho too much to do anything sinister with her. Hulisani comes clean to Rendani that he can’t afford to pay the lobola. Rendani offers to pay for it. Seipati and Ausi Ntsoaki bury the hatchet.

Mpho and Tenda cross the line of no return. Rendani and Hulisani face their first financial hurdle as a married couple. Ausi Ntsoaki is disappointed by her first pay.

Tenda thinks that Mpho is wasting her life with Azwindini. Rendani is furious when she learns that Hulisani lost all his savings. Ausi Ntsoaki gets new hope for earning money when everyone likes her cooking.

Dee accuses Mpho of having an affair with Tenda, and Mpho puts her in her place. Hulisani reluctantly takes the money offered by his wife. Ausi Ntsoaki wiggles herself out of a tight corner. 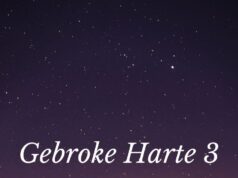