Aziz goes in search of Laila and Jamil. Dalila expels Aida from her home. Hussein recovers and swears to Samira that he will avenge Soraya’s death. Rania, Cibele, and Miguel discover that Zuleika is seeing Almeidinha. Aziz prepares to go to the home of Laila’s family.

Bruno pressures Norberto to go out with his mother. Teresa says she wants to work as a volunteer at the refugee center. Camila reveals the center’s address to Aziz in exchange for money. Jamil and Laila get married.

Aziz, Fauze, and the henchmen arrive at the party. Benjamin notifies the police. Rania confronts Aziz. Jamil revolts when the Sheikh talks about the punishment he applied to Hussein. Aziz is arrested. Norberto is rude to Teresa.

Hussein promises revenge. Benjamin reveals that it was Camila who gave Aziz the refugee center’s address in exchange for money. Laila and Jamil travel on their honeymoon. Eva gets emotional when talking to David.

Father Zoran is concerned about the situation of the center. Rania and Miguel search for Camila. Sara tries to reveal her identity to Ali, but Muna interrupts her. Missad doesn’t like the idea of moving to Helena’s house with Elias.

Teresa tells Bruno that she plans on selling her jewelry to save the refugee center, and Valeria overhears.  Camila fools Santita and escapes from her room.

Camila blackmails Aziz. Aziz arrives at Helena’s house and is shot. Cibele reveals to Father Zoran and his friends that the police believe it was Laila who shot Aziz. Gabriel alerts Dalila about the state of Aziz. The delegate orders the arrest of Laila and Jamil, and Almeidinha supports the couple.

Rania claims that it was not Laila who shot Aziz. Laila and Jamil are released by the police, who conclude that the shot at Aziz came from another weapon.

Missad is hostile to Helena and everyone leaves for Rania’s house. Hussein meets with Jamil. Fauze denies the crime. Jamil and Laila are looking for a home. Bruno and Teresa are too. Elias fights with Missad. Rania hides something in the yard. Dalila cries over her father’s body.

Dalia swears revenge. Almeidinha confides to Miguel that the ballistics test revealed Fauze’s innocence. Jamil and Laila discover that they will have a boy. Elias and Missad fall out. Helena thinks about Elias. Ali accuses Sara and Abner of plotting against him. Camila is mugged.

oussef asks Dalila to marry him and promises to take the life of Jamil and Laila. Rania reads Aline the coffee grounds and claims to see a girl. Jamil and Abner insist that Ali forgive Sara. Camila agrees to work at the hotel reception.

Bruno exposes his photos. Hussein invites Samira and Ahmed to go with him to Europe. Helena looks for Elias. Laila prepares to give birth. Aline feels a sharp twinge in her belly. Dalila seduces Youssef. Helena kisses Elias. Raduan is born.

Almeidinha asks Zuleika to marry him. Muna and Abner try to convince Ali and Sara to go to Bruno’s exhibition. Mamed announces to Ali his intentions of arranging a marriage for his grandson with an Arab woman. Everyone is thrilled with the birth of Raduan.

Dalila expels Youssef. Zuleika refuses the marriage proposal. Bruno decides to travel to Europe. Valeria demands that Norberto marry her. Rogelio explains to Faruq how the doctor can validate his diploma.

Dalila’s spy is almost discovered by Jamil. Sara despairs when Ali introduces Latifa to her. Zuleika agrees to marry Almeidinha. Gabriel reviews pictures of Jamil and Laila for Dalila. Sara kisses Abner to provoke Ali. Camila breaks into a client’s room and is demoted at her job.

Gabriel finds out that Miguel is addicted to gambling. Rania fights with Miguel because of his addiction.  Almeidinha gets drunk, but Zuleika forgives him and they get married.

Laila worries about her parents. Bruno returns from Europe and tells Laila that he still loves her. Miguel demotes Jamil. Dalila goes over her plan with Paul and instructs him to approach Camila. Elias confesses to Caetano his passion for Helena. Benjamin confronts Aline.

Faruq regrets his work situation with Leticia. Almeidinha asks to have a child with Zuleika. Rania talks to Aline. Missad resigns. Abner suffers for the love he feels for Sara. Fairouz begs Dalila to give up on her revenge.

Sara and Zuleika are bothered by Latifa’s success. Marie sings for Martin, and the boy hugs his mother.  Jean suffers from Marie’s distance. Caetano talks to Benjamin about Aline’s depression.

Elias feels guilty for hurting Missad. Bruno suggests that Abner declare his love to Sara. Norberto gets hurt during an activity with Valeria, and Bruno helps his father. Dalila is getting ready to come to Brazil. Paul asks Camila not to comment about the gaming house to Rania.

Bruno and Norberto argue over Teresa and Valeria. Cibele has an idea to help Martin. Rania tells Camila that she doesn’t trust Paul, and they fight. Jean-Baptiste praises Teresa. Marie tells Laila about her fight with Jean-Baptiste.

Dalila arrives at the hotel and looks for Paul. Miguel squanders money and Rania is worried. Cibele goes out with Martin to take pictures. Zuleika and Almeidinha fight over children. Camila sees Dalila leaving Paul’s room and follows her.

Abner is depressed because of Sara. Esther calls Bruno. Teresa gets ready to have lunch with Norberto and is disappointed with the request for a divorce. Eva advises Sara to seek out Abner. Faruq talks about his proof of revalidation.

Father Zoran introduces Dalila to Elias’ family. Rania talks to Aline about Miguel. Jamil talks to Laila about the distrust for Basma. Laila gets jealous. Bruno congratulates Martin and gives tips on photos. Marie is delighted with Bruno.

Helena looks for Caetano. Jamil speaks of his distrust for the priest. Dalila listens. The two have dinner together and he tells his story. Dalila is thrilled to hear about her father.

Cybele doesn’t sympathize with Dalila and warns Jamil. Rania is thrilled to see Dalila. Everyone Is delighted with Dalila at Elias’ house. Almeidinha takes Zuleika to prison. Sara is discharged and doesn’t recognize Ali. Ali ends his engagement with Latifa and declares his love to Sara.

Orphans of a Nation Teasers for April 2021

Abner takes advantage of Sara’s amnesia. Dalila lies about having a terminal illness so Laila can feel sorry for her.

Rania can’t catch Miguel and gets angry. Miguel makes money gambling. Rania vents to Santita. Teresa suffers because Norberto made the divorce official,  but Bruno doesn’t accept the conditions. Zoran talks to Jean-Baptiste who declares that he’s in love with Teresa. Latifa and Ali fight.

iguel gives Santita money to buy expensive meat. Rania is suspicious. Helena tries to talk to Martin, but he runs away. Dalila donates money and everyone pays tribute to her by throwing her a big party. Cybele is suspicious.

Cibele and Benjamin confront Camila. Dalila plots against Cibele. Rania warns Laila about Cibele’s suspicions, but they don’t believe it. Missad starts a course. Helena searches for Elias and he ends up sleeping with her. Martin decides to talk to Helena and tells her about the war.

Cibele and Benjamin are arrested. Missad tells Elias about her fears. Rania and Miguel find out that Cibele was arrested and they go to the police station. Camila questions why Paul is so interested in Miguel. And she sees Kaara charging her boyfriend.

Dalila pressures Paul to be more careful.  Kaara looks for them at the hotel, Camila watches. Miguel pays bail and his grandchildren are released. Almeida gets images of Kaara and goes after the bandit. Latifa hides and eats.

Dalila feels sick when she learns that Kaara’s been arrested. Laila notices and is suspicious. Kaara is released by the help of a lawyer. Cibele is suspicious of Basma. Camila questions Paul about Kaara. Sara accepts Abner’s marriage proposal.

Boris and Eva plan the ceremony. Eva tries to warn her daughter, but fails. Ali kisses Sara and she remembers some things. Dalila fights with Paul. Latifa throws herself out of the window and falls into a trash bin. Abner prepares Sara an engagement dinner.

Miguel loses at gambling. Cibele and Benjamin are suspicious of Basma. Ali and Sara get back together. Mamed and Latifa make a scene. Abner despairs when he sees that Sara is gone. Paul and Dalila are together. Dalila goes to “The Grandfather” and invites Jamil to lunch.

Boris and Mamed lament their grandchildren’s relationship. And they plan with Esther for a way to separate them. Everyone fights out on the street and Ali declares that he will marry Sara. David doesn’t accept his sister’s marriage. 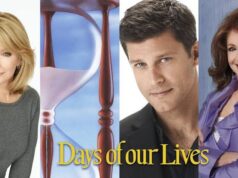 10 Options To Consider Besides College