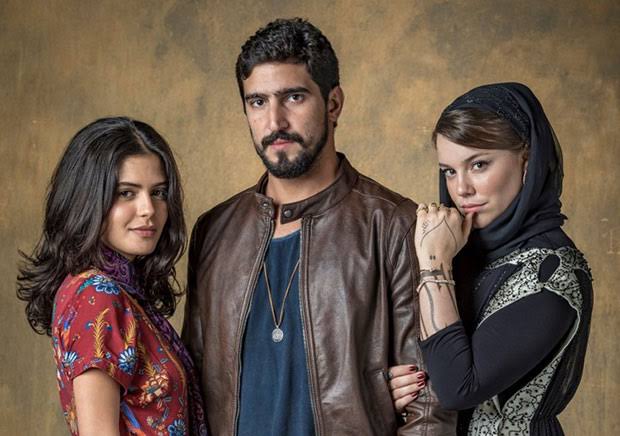 Camila fools Santita and escapes from her room. Teresa tells Bruno that she plans on selling her jewelry to save the refugee center, and Valeria overhears. Aziz is granted a provision of release.

Camila blackmails Aziz. Aziz arrives at Helena’s house and is shot. Cibele reveals to Father Zoran and his friends that the police believe it was Laila who shot Aziz. The Attorney for the Embassy in Brazil, Gabriel, alerts Dalila about the state of Aziz.

The delegate orders the arrest of Laila and Jamil, and Almeidinha supports the couple. Rania claims that it was not Laila who shot Aziz.  Laila and Jamil are released by the police, who conclude that the shot at Aziz came from another weapon. Jamil pays Aziz a visit in hospital.

Jamil tells everyone that Aziz died. Boris is shocked by Sara and Ali doesn’t forgive his girlfriend. Later, Jamil tells Dalila that Aziz died and she swears revenge. Laila and Jamil argue.

Ali accuses Sara and Abner of plotting against him. Jamil and Laila discover that they will have a boy. Missad is hostile to Helena and everyone leaves for Rania’s house. Later, Camila is mugged.

Youssef asks Dalila to marry him and promises to take the life of Jamil and Laila. Jamil and Abner insist that Ali forgive Sara. Norberto and Teresa separate. Fauze threatens Dalia.

Hussein invites Samira and Ahmed to go with him to Europe. Camila agrees to work at the hotel reception. Bruno exposes his photos. Laila prepares to give birth. Almeidinha asks Zuleika to marry him. Muna and Abner try to convince Ali and Sara to go to Bruno’s exhibition.

Everyone is thrilled with the birth of Raduan. Dalila expels Youssef.  Zuleika refuses the marriage proposal. Dalila follows Laila and Jamil. Bruno decides to travel to Europe.

Zuleika agrees to marry Almeidinha. Father Zoran baptizes Raduan. Mamed announces to Ali his intentions of arranging a marriage for his grandson with an Arab woman. Jamil and Laila receive a letter from Dalila. Rania defends Camila. Dalila’s spy is almost discovered by Jamil.

Teasers unavailable. We will update them as soon as we receive them.