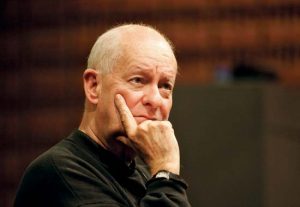 Pieter-Dirk Uys earned his B.A. from the University of Cape Town, where he began his acting career under the guidance of Rosalie van der Gught, Mavis Taylor, and Robert Mohr, among others. Little Malcolm and His Struggle Against the Eunuchs, The Fantasticks, and Once Upon a Mattress were among his films at the time.

In the early 1970s, he went on to study at the London Film School. For the first time, he performed in drag in one of his student films, a milk advertising (as a milkmaid). He subsequently embarked on a phase as a serious playwright in his dramatic career.

Several of his plays were staged at the Space Theatre in Cape Town, and his 1979 piece Paradise is Closing Down was co-produced by William Burdett-Coutts and later produced for Granada Television in 1981. At the height of the Apartheid era, he switched to performing one-man revues.

He has an estimated net worth of $300,000 which he has earned as a performer, author, satirist, and social activist.