The continent of Europe has some of the richest and most influential personalities in the world. The list of the top 10 richest men in the world is based on the annual assessment of assets and wealth conducted by Forbes.

Europe has over 500 billionaires, most of which are from countries like Germany, Russia, the UK, and so on. Here is the list of the top 10 richest men I Europe and their net worth. 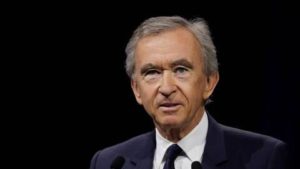 Bernard Arnault takes the first spot on this list as the richest man in Europe, with a whopping net worth of $76 billion. The French businessman is the chairman and CEO of LVMH.

It is a luxury goods conglomerate in France which has about 60 subsidiaries under it.

Amancio Ortega is a Spanish businessman and also the founder of the Inditex fashion group which produces the chain of Zara clothing and accessories. He is currently the 2nd richest man in Europe, having a net worth of $62.7 million.

Francoise Pinault is 3rd on the list of top richest men in Europe. He is a billionaire of French descent and he founded Kering, a luxury group, and Artemis, an investment company.

He is also known to be one of the leading contemporary art collectors in the world. He has a net worth of $29.7 billion.

Number 4 on this list is Leonid Mikhelson. He is a Russian businessman and the CEO of Novatek, the Russian company in the oil & gas industry.

Dieter Schwarz is a businessman who hails from Germany. He is the owner of Schwarz-Gruppe and also the CEO of Lidi, which is a popular supermarket chain.

He also heads the hypermarket chain called Kaufland. He is 5th on this list with a net worth of $22.6 billion.

Vladimir Lisin is the chairman and also a major shareholder in Novolipetsk which is considered to be one of the largest steel companies in Russia. He takes the 7th spot on the list of Europe’s richest men, with his net worth standing at $21.3 billion.

He is a Russian businessman and the current president of LUKOIL. It is regarded as the leading oil company in Russia. This places Vagit as number 8 on this list, having a net worth of $20.7 billion.

Alexei Mordashov is a businessman from Russia. He is the chairman and has major shares in Severstal which is a conglomerate involved in energy, metal, and mining.

Gennady Timchenko is the last name on this list. The Russian businessman is the founder of Volga Group, a company that specializes in investments in transport, energy, and so on. He has a net worth of $20.1 billion.

There it is, the list of top 10 richest men in Europe. The list comprises mostly of Russians and everyone is a businessman. Let’s hear your thoughts and comments in the comments section.