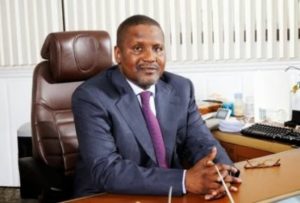 This Nigerian cement tycoon is currently the richest man in Africa and the 67th richest man in the world. He is the founder of Dangote Group which was founded in 1977. They are currently involved in the manufacturing of cement, flour, sugar, rice, and lots more.

Dangote Group is currently the largest conglomerate in Africa and with this, Aliko Dangote tops the list of richest black billionaires in the world.

Also a Nigerian, Mike Adenuga is the second richest man in his country. His wealth is built on oil and mobile telecommunications. He owns Globacom, which is the second-largest telecom company in Nigeria.

Globacom currently has more than 40 million users in Nigeria and other countries. His other engagements include Conoil and Cobblestone Properties.

He is an American businessman and a former executive of Goldman Sachs. He found his way to establishing his own company called Vista Equity Partners, a private equity company. The company majorly focuses on investing in software companies and it currently has assets totalling over $46 billion. It is considered to be one of the best in its field. This has placed Robert Smith on the third position of the top ten richest black billionaires in the world.

David Steward is an American and he is the co-founder of IT provider World Wide Technology. It is an $11.2 billion company with credible customers including Citi, Verizon, the federal government, and so on. David Steward is also one of the world’s richest billionaires.

Oprah Winfrey is the richest black woman in the world. She gained popularity through her widely watched show, The Oprah Winfrey Show. The talk show has successfully run for 25 years. Her wealth is also channelled from her Harpo production company and her cable network named “Oprah Winfrey Network (OWN)”.

Oprah is considered to be one of America’s most generous philanthropist and she has a leadership academy for girls in South Africa.

He is from Zimbabwe and he is number 6 on the list of the richest black billionaires in the world. He is the founder of Econet which is one of the top mobile telecom companies in Africa with more than 10 million users. He also has stakes in mobile phone networks and investments in fintech and power distribution.

She is a daughter to Jose dos Santos, a former president of Angola. Isabel is involved in diverse industries including telecommunications, energy, media, retail, and some others. She has stakes in Unitel, an Angolan mobile phone company, and Banco BIC SA, an Angolan bank.

She also has shares in Portuguese telecom and cable TV companies. All these put her as the 8th richest black billionaire in the world.

He is the founder and chairman of African Rainbow Minerals and has been a billionaire since 2008. He is also the first black African and the only South African on this list. African Rainbow Minerals is a mining company producing various minerals including nickel, platinum, gold, copper, coal, and others. He is also involved in a private equity firm focusing on investment in financial services.

Last on this list is Michael Jordan who is popularly known to be one of the greatest basketball players in the NBA. He is also a majority shareholder in Charlotte Bobcats, which is a basketball team in the NBA. He also has various other sponsorship deals with the likes of Hanes, Gatorade, and Upper Deck.

The largest percentage of his wealth is from his Jordan brand which involves a $1 billion partnership with Nike. Michael Jordan is also one of the world’s richest black billionaires.

You have probably gotten lost with all the “billion-dollar” talk. You probably want to walk towards having your names on this list a few years to come. Well, impossible is nothing. Let’s hear your thoughts and comments.