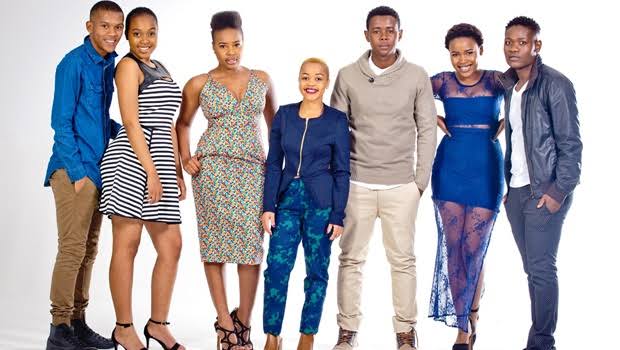 Babeile has a request that leaves the Magongwa family dumbfounded after human remains are found in their yard. Lehasa gets some surprising news regarding the future of his restaurant. Mary demands that Mokgadi should take some drastic action against Leeto.

Babeile overhears Nimza saying something that implicates the Maputlas in the Kele case. Advocate Moss attempts to strike a deal for Chef Kgosi. Lehasa pleads with a woman scorned but she is not having it.

Babeile is shook when he finds Meikie, Celia, and MaNtuli together. Advocate Moss has bitter sweet news for Fanie and Chef Kgosi. Lehasa drags a nemesis out of his establishment.

Mokgadi fails dismally in her desperate attempt to extend an olive branch to Leeto. Lelo is stunned when she receives a call from an old ally claiming to have a perfect plan to bring Lehasa down. MaNtuli is wrecked with guilt after lying to the cops.

Babeile concludes the Kgomos’ journey of uncertainty and pain. Nimza threatens to bring the Seakamela and Maputla family down. Fanie, as a means to right his wrongs, shares some intel with Lehasa that leaves him conflicted.

A student is shocked when the authorities pay him a visit on campus. A panicked Nimza returns and asks his uncle for help. Melita is dejected when a prominent businesswoman from Turf turns her down after she seeks help from her.

Babeile receives a threat from a high-powered attorney. Celia worries about the mess that her son has put her family in. Kat begins to reimagine his future as a solopreneur.

Instead of celebrating his freedom, a young man is unimpressed to learn who has had him released. Tbose is shocked by Meikie and John’s decision regarding Leeto’s living arrangements. Melita steps on John’s toes and regrets it.

Turfloop mourns the death of a fallen beauty queen. Mokgadi vows to get her man back and build a family with him. Charles is hurt when he is sidelined by his family.

Kobus proposes a daring solution to beef up Noah’s witness list that leaves Noah and Mokgadi uncomfortable. Alfred races against time while working on the tender documents, but the forces conspire against him. Leeto’s actions cut Mokgadi very deep on their wedding anniversary.

Alfred’s lies catch up with him in the most embarrassing way. Meikie isn’t pleased to learn about her nemesis wanting to buy Leeto’s house. Pretty is floored when Kat changes direction regarding the tender submission.

John drops Melita a bombshell making her regret her choices. Mary turns to an old friend for help. Koloi is excited about the prospect of his future.

Sparks fly at Berry FM when a businesswoman takes on a professor. Nimza brings Alfred some incriminating evidence about a nemesis. Principal is not too chuffed about Alfred’s tardiness of late.

Bopape backs Leeto into a corner regarding Noah’s character witness testimony. Principal gives Alfred some food for thought regarding his ambitions to becoming a businessman. Melita receives good news after a day from hell.

Alfred plays his card with Melita and she is shaken. Charles, Celia and Alfred are shocked to learn the name behind one of the shortlisted companies. Mary and Mokgadi play into Leeto’s hands when they refuse for Noah to meet with Leeto alone.

The walls are slowly closing in on Noah as new information surfaces. Alfios steps up at his presentation to the Tender Committee. Nimza reveals the truth about the intel he received connected to Melita’s bribery.

Noah gets a new perspective on what could be his future. Fanie wants back into the fold with Lehasa but Lehasa wants nothing to do with him. Melita receives bad news regarding the tender and she struggles to accept them.

Noah’s conscience gets the better of him but Mokgadi won’t have it. Melita finds herself at the brunt of Charity’s wrath. Fanie offers Lehasa information about Lelo, but Lehasa is still too upset to warm up to him.

Meikie is floored when she finally learns the truth about Noah’s alleged crime. Melita reaches the end of her tenure at Turf University while Alfios rejoices about his future there. Advocate Moss pays Café Rovuwa a visit.

Durban Gen Teasers for May 2021