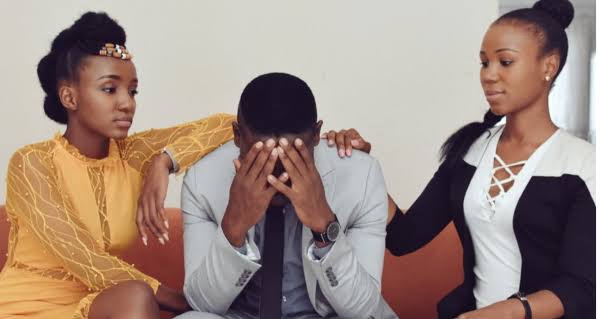 Cindy is staggered to learn information from their meat supplier regarding Lehasa. Lizzy makes a proposal to Kwaito about their relationship that leaves him in a tailspin. A text message from a Cuban number throws Celia and her family in turmoil.

Cindy makes a change in the surveillance at Rovuwa. Charity is not happy with what the lawyer suggests regarding Jojo’s situation. Tbose is taken aback at Mapitsi’s stance with regards to Lizzy’s very liberal proposal to Kwaito about their relationship.

When Sifiso pieces things together, Fanie has to act quickly to contain the situation but only makes things worse. Principal is unsettled by an offer made by Mr Desando. Charity’s heart breaks when she learns new information about Kerrin.

Lehasa and Cindy find themselves on the back foot when a visitor arrives demanding answers about Sifiso. Principal tries to find out more information about the department and their proposal. Charity reads Jojo’s palm and sees something unsettling.

Lehasa feigns shock when Fanie confronts him about hidden cameras at Café Rovuwa. The Seakamelas worry about Sifiso when his condition doesn’t change. Meikie has no sympathy for Nimrod or his current situation.

Fanie and Kgosi deal with the aftermath of having been caught red-handed by Cindy. Sifiso makes a breakthrough in hospital. Chef Kgosi has no choice but to lie to the authorities.

Just when Fanie figures he’s got things under control, Chef Kgosi shares some distressing news. Meikie isn’t very keen about a suggestion made by Mapitsi regarding Pitsi. Principal makes a decision concerning her future at Turf High.

The walls are caving in on Fanie Maserumule. Lehasa and Cindy go head to head. Mary gets Noah a gift that annoys Tbose.

Lehasa’s dishonesty is discovered by a sworn enemy. Fanie turns to a friend when all his chips are down. MaNtuli returns but the family is still left with more questions than answers.

The disciplinary hearing reveals surprising information for Lehasa and Cindy. After seeing Noah flaunting his new car, Koloi’s wounds are reopened. Malebana and Babeile reflect on how challenging their work is as policemen.

Fanie throws someone else under the bus to save his own skin. Noah tells Mokgadi he wants to start afresh somewhere else. John has a solution for Nimza’s predicament.

Fanie and Chef Kgosi are given reign to roam the streets, much to the disgruntlement of their employers. Babeile faces the brunt of Malebana’s wrath for going AWOL because of a false lead. John attempts to give Nimza a second chance at completing his studies but he refuses to see reason.

Lehasa makes a plan to off Fanie. Alfred beams at the possibility of a new money-making opportunity. Babeile makes a request to Malebana for what Malebana thinks is a waste of time.

Advocate Moss comes to Fanie and Kgosi’s rescue once more. Babeile interrogates a few Turf residents about the late Tumishang Maisela. Melita is saddened when she learns about the canteen tender.

Tumishang continues haunting Leeto and his family from the grave. Cindy drops a bombshell on Lehasa regarding her future at Rovuwa. Celia has learnt some interesting information about their competitor that gives them the upper hand.

The police and their dog unit search a gossipmonger’s house. Emkay advises a friend in trouble to make a run for it. Cindy drops a bombshell that surprises even Lehasa.

Babeile makes an interesting discovery about Tumishang. Cindy’s resignation wreaks havoc on all fronts. The Magongwas get ready to roll up their sleeves.

Noah discovers Leeto and Mokgadi’s secret. Charles runs his mouth to a suspicious cop. Alfred deflates when he realises that he has stiff competition.

Celia remembers damning information about the day of Kele’s disappearance. Kat’s interest is piqued when he sees Cindy meeting with Marothi at Capsy’s. Noah confronts Leeto about Tumishang.

Nimza is in big trouble with the law. Mokgadi puts Leeto between a rock and a hard place before his family. Lehasa makes some patrons uncomfortable when he spots Chef Kgosi being cordial with them.