Ever since the advent of legal tender in the form of paper or polymer notes and the ditching the old trade by barter system, currencies have continued to remain a fundamental factor in analyzing the strength of the economies of nations across the globe.

This means that it is not enough for a nation to have a currency, the value of the currency is equally as important as the possession of it. It is noteworthy to state that the ranking of the currencies listed in this article is based on their worth against the US dollar.

The United States dollar is considered one of the strongest currencies in the world and it’s, therefore, an appropriate yardstick for measuring the strength of other currencies.

And right after the above concise introduction comes the list of top 10 highest currencies in Africa. Sit back and have an educating reading experience. 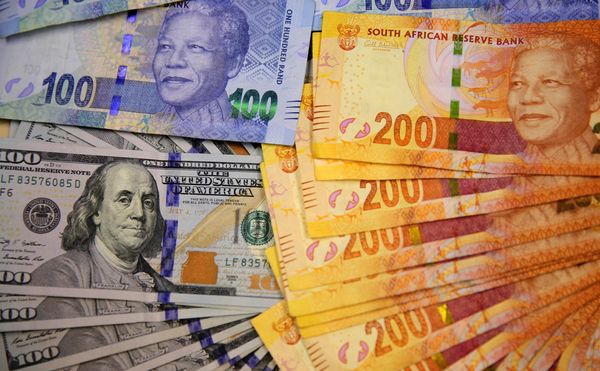 Libya sits comfortably at the top of this list with the most stable and valuable currency in Africa. The nation is known for its huge deposit of crude oil, which accounts for 95% of the nation’s total export earnings and 60% of her GDP.

Although ravaged by war, Libyan’s standard of living betrays the expectation of many. One Libyan Dinar goes for about a staggering N225 – revealing that her currency is of much better value when compared with Nigeria’s Naira.

The Tunisian Dinar comes right after the Libyan Dinar. This North African nation, known to many for the spearheading the chain of protests that lead to the Arab Spring, has a diversified economy based on phosphate, oil, car parts manufacturing, tourism, and agro-food products.

The country is an island with the majority of her inhabitants being Muslims. The economy is relatively stable, and thriving; thanks in no small part to its comparatively small populace.

The West Africa nation, Ghana, has a stable, diversified economy known for thriving on revenues generated from hydrocarbon, tourism, solid minerals, automobiles, et cetera. Her economy rose to prominence in the days of the gold boom and the cocoa era.

The economy has steadied its currency and, globally, the nation is known to be promising. Ghana was ranked as the fastest developing country in the world.

Morocco, the Islamic caliphate in North Africa, has the 5th largest economy in Africa and the 4th best currency in Africa. It runs a liberal and capitalist economy gaining major control over the economy.

Some of her industries include mining, tourism, automobiles, construction, and textiles. Her flourishing economy permits her to boast of an impressive GDP.

The economic growth rate of Botswana is fast-paced and fairly consistent. For the record, Botswana is a landlocked state in Southern Africa with a well-defined landscape defined by the Kalahari Desert. It holds a record for retaining one of the world’s longest economic boom streak.

Her economy thrives on agriculture, copper, diamonds, textiles, and livestock. This South African nation is a key player in the economy of its sub-region. She is home to the South African development community’s corporate headquarters.

Eritrean is an island nation in Africa, a remote country in the horn of Africa is quite small in economy, land area and population. Her currency is Nafka.

After parting ways with Ethiopia, she still shares the same currency with the nation. Eritrea has a stable currency from a not too buoyant economy.

Egypt is a famous Arab nation. A country whose name is popular among Christians. Well known for its civilization and home to the ancient pyramids.

The nation is Africa’s third-largest economy and one of the most developed in the continent. Its capital Cairo is the second-largest city in Africa. Cairo is an economic and industrial hub, bustling with various activities.

Zambia once prides herself as the largest producer of copper in the continent. A land boastful of diverse wildlife. Zambian’s economy has always been anchored on copper which is her major source of export earnings.

Although the country has been characterized by economic woes and fluctuations in its price of commodities, she still finds herself on the top 10 list.

Occupying the ninth position is the country you were probably expecting to top the list: South Africa. It is the most developed democratic state on the African continent.

South Africa has the second-largest economy in Africa, just a few billions of dollars behind Nigeria. She has a very vibrant and competitive economy and is the only African member of the G-20 economic group. Her economy is diversified.

The Sudanese pound is one of the currencies with the highest worth against the United States Dollars in Africa. Though a nation ravaged by war and palpable division, she still manages to maintain a stable currency exchange rate.

Sudan’s economy is yet still afloat despite the split that saw South Sudan gaining their independence. Sudan has maintained an unusual consistency in the foreign exchange market over time.