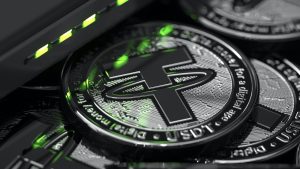 Despite the continued growth and disruption of the tech sector on the continent of Africa, there remains a significant unbanked population in this region.

More specifically, approximately 57% of the African population (or 95 million) don’t have access to a traditional bank account, with such individuals having limited economic options and opportunities.

However, the so-called “eNaira” currency could provide a solution for residents. But what exactly is this, and how does it differ from existing digital currencies like Bitcoin (BTC)?

Let’s start with the basics; as eNaira is described as an electronic or digital version of the fiat naira currency, which circulates in Nigeria and is issued by this country’s central bank.

From this central point of control, eNaira will be of equivalent value to the paper Naira, and while it isn’t intended to replace cash, it will serve as a similarly safe and efficient alternative for all.

This includes individuals who are part of the aforementioned unbanked population in Africa and its various nations, creating a more even social and economic playing field that may increase consumer spending power over time.

In some respects, eNaira has some similarities with BTC, as it’s a digital currency that can be used to process online transactions seamlessly.

BTC is renowned as a true trail-blazer and market leader in the thriving crypto space, accounting for around 40% of the total cryptocurrency market capitalisation value as of October 2021.

Make no mistake; this asset has also inspired a raft of similar tokens and ‘altcoins’ to launch in the marketplace, while retaining a strong influence on market value and contributing to a sector that now boasts in excess of 11,000 individual assets.

How Does eNaira Differ From BTC?

Despite their similarities, there are also significant differences that separate eNaira from BTC.

Firstly, Bitcoin is completely decentralised and immutable, with the underlying blockchain technology removing any need for a central point of control or authority. This is key to BTC’s enduring popularity, as it guarantees transparent and immutable transactions while eliminating middlemen and associated fees.

Conversely, eNaira is issued and controlled by a central bank, while its value will be pegged to the existing fiat alternative.

Similarly, BTC and similar assets can be traded seamlessly through platforms such as the MetaTrader 4, whereas there’s no real scope or potential to trade eNaira in the same way at present.

With these two key structural issues in mind, it’s clear that eNaira offers considerably less appeal and opportunity in the investment market. However, it will also be considerably less volatile than BTC, making it a far more secure store of wealth and payment option for the unbanked population.

This is of huge benefit to Nigerian citizens, especially at a time when mobile and Internet connectivity is continuing to increase in the region.