The rand is South Africa’s official currency. 1 rand is equal to 100 cents. It was introduced on the 14th of February, 1961 in the Union of South Africa. This was three days before the country was declared as a republic.

In the year 1961 when the rand was introduced, it was worth US $1.40. At around late 1971, the value fluctuated due to the exchange rate dispensations the country implemented. During the apartheid, the currency dropped and exchanged around the rate of 1 dollar to 1.30 rand. In 1985, the rate became 2 rands and this caused the foreign exchange trading to be suspended in a bid to stop the depreciation.

Some uncertainty arose later which caused the rand to depreciate further to the point where the exchange rate became 1 dollar to 3 rands in 1992. After a series of events and by 2001, I dollar exchanged for 13.84 rands. 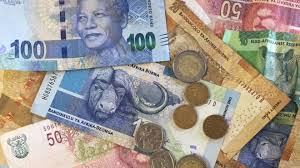 In late 2012, the mining industry in South Africa was held up and this affected the currency. Due to this, the rand came down to a value of 11.25 rand per dollar in 2014. 2014 was when South Africa had its worst year going against the US dollar since 2009. At the end of 2014, the value of the rand was at 15 rands per dollar. This was said to be partially due to the deficit in South Africa’s trade account with the rest of the world.

In December 2015, the then president of South Africa, President Jacob Zuma, announced the replacement of the country’s Minister of Finance. This was said to have crippled the international confidence the rand held making the exchange range volatile in 2016. Then, the value of the rand dropped to 17.91 rands to the dollar before moving up to around 16.5 rands per dollar the same period.

In 2017, a poll was conducted which showed that the rand would continue to be stable for the rest of that year. In November of that year, the value of the rand reduced by over 1%. This was around the time when South Africa’s budget chief, Michael Sachs stepped down from his position.

2018 came with a lot of events in the finance sector for South Africa. From cabinet changes to the land reform to the return of the finance minister to the trade wars. All these made the value of the rand fluctuate between 11 rands per dollar to 15 rands per dollar.

Around October 2019, the rand was around 14.9 per dollar. The currency reduced due to the issue with the ANC over the central bank. Currently, the rand is at the rate of 14.45 per dollar.

Now you know how long the South African rand has come in its journey with the US dollar. Let’s hear your thoughts and comments in the comments section.