The Biggest Banks in Africa

Listed on the JSE and the Namibian Stock Exchange, FirstRand Limited is one of the largest financial institutions in South Africa, and provides banking, insurance and investment products and services to retail, commercial, corporate and public sector customers. The bank has Tier 1 Capital to the tune of $8.2 billion.

It is the majority shareholder of 11 banks spanning Botswana, Ghana, Kenya, Mauritius, Mozambique, Seychelles, South Africa, Tanzania (two entities), Uganda and Zambia, with a further two representative offices in Namibia and Nigeria. The bank has Tier 1 Capital worth $6.8 billion.

Nedbank’s primary market is South Africa. Nedbank also operates in six other countries in the Southern African Development Community (SADC), through subsidiaries and banks in Lesotho, Malawi, Mozambique, Namibia, Swaziland and Zimbabwe, as well as offices in Angola and Kenya. The bank has $5.1 billion worth of Tier 1 Capital.

National Bank of Egypt is a bank founded in Egypt in June 1898, and is the country’s largest bank (2013) in terms of assets, deposits, loans, bank-capital, number of total branches, and employees.

Swift Codes of All Banks in South Africa

NBE has 338 branches within the country, and as of 2007, the National Bank of Egypt accounted for 23% of the Egyptian banking system’s total assets, 25% of total deposits and 25% of total loans and advances. NBE also financed about 24% of Egypt’s foreign trade during the year. NBE also accounts for 74% of the credit card market and 40% of the debit cards in Egypt. The bank has Tier 1 Capital worth $4.6 billion.

This new Investment Bank is the result of the spin-off of the two former Investment Banks of both groups : Banque Populaire’s Natexis and Caisse d’Epargne’s IXIS Corporate and Investment Bank. The bank has tier 1 capital worth $4.1 billion.

Attijariwafa Bank is a Moroccan multinational commercial bank and financial services company founded and based in Rabat, Morocco. It is the leading bank in Morocco and is part of king Mohammed VI’s holding company the SNI.

It was established after a merger between Banque Commerciale du Maroc and Wafabank and is headquartered in Casablanca. It is the fourth largest in Africa in 2016. The bank maintains offices in Paris, Brussels, Madrid, Barcelona, Milan, Shanghai, The Netherlands, Tunisia, Senegal, Ghana, Mauritania and Mali. The bank has $4 billion worth of Tier 1 capital

Investec is an international specialist banking and asset management group. It provides a range of financial products and services to a client base in three principal markets: the UK and Europe, Southern Africa, and Asia-Pacific.

Investec is dual listed on the London Stock Exchange and the Johannesburg Stock Exchange. It is a constituent of the FTSE 250 index. It has Tier 1 Capital worth $2.8 billion dollars

Zenith Bank is a large financial service provider in Nigeria and Anglophone West Africa. It is licensed as a commercial bank by the Central Bank of Nigeria, the national banking regulator.

As of 31 December 2016, it holds ₦:4,739,825 million in total assets, with shareholders’ equity of ₦:616,353 million. The company is listed on the Nigeria Stock Exchange and the London Stock Exchange. The Nigerian based bank has tier 1 capital worth $2.4 billion dollars.

Banque Misr is an Egyptian bank founded by industrialist Talaat Pasha Harb in 1920. The government of the United Arab Republic nationalized the bank in 1960. The bank has branch offices in all of Egypt’s governorates, and currency exchange and work permit offices for foreign workers in Egypt. The bank has tier 1 capital worth $2.3 billion dollars.

So there you have it! Africa’s 10 largest banks. 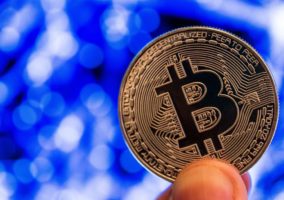