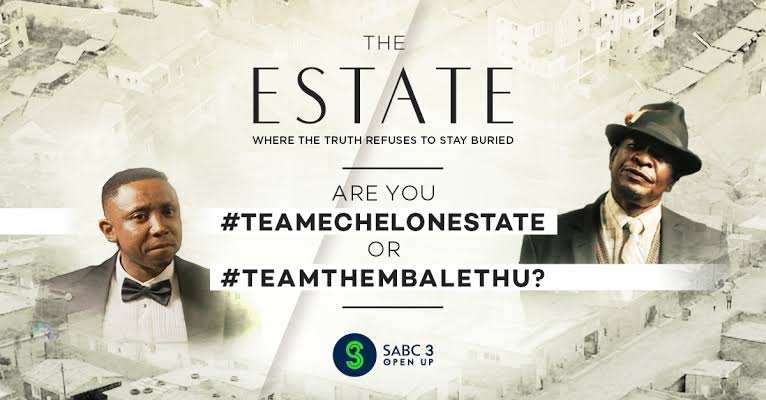 Muzi sets his plan in motion to move the bones from Phase 3. Phenyo finds it hard to adjust after Ntate Bopape’s death. Castro tightens the screws on Muzi.

Muzi makes secret plans to remove the bones from Echelon. Suzaan gets an official warning for harassing Echelon residents. Boikanyo has found a protector in prison, but it comes with a price.

Muzi and Siya get caught digging up Tumelo’s bones in the middle of the night. Boikanyo thinks he’s going to get bail. Leah comes up with a great marketing plan for Suzaan.

Muzi is at loggerheads with Lwandle over the bones. Labuschagne threatens Boikanyo. Phenyo gets punished. Suzaan convinces Devina to buy her product.

Boikanyo signs a confession. Phenyo’s behaviour is out of hand and the Mokobanes cannot cope. Siya and Suzaan reconnect.

Lwandle embarks on a mission to find Tumelo’s remains. Dumisani tries to encourage Boikanyo not to give up and pleads with Muzi for help. Phenyo gets up to mischief in the Mokobane household.

Muzi and Siya’s efforts to stop Lwandle from exposing Tumelo’s bones fails. Castro wins the election but finds out that Boikanyo is going to expose him. Suzaan gets relationship advice from Leah.

Dumisani finds out what really happened to his brother. Lwandle will not forgive Muzi for what he did. Suzaan gets an unpleasant surprise when she goes to the Miracle Fit offices.

Boikanyo’s suicide sends shock waves to all. Muzi comes to blows with Castro over Boikanyo. Everyone is looking for Phenyo who has disappeared. Suzaan is devastated by the Miracle Fit debacle.

Shadrack has lost the faith of so many people. Castro makes Gigi an offer she cannot refuse. Suzaan is in trouble because of the Miracle Fit scam.

Boikanyo’s death is overshadowed by Shadrack’s devastating confession at his memorial, while Sindi decides to choose the man she wants to be with and Phenyo gets nabbed by the cops.

Shadrack is arrested. Muzi consults a lawyer and is left rattled after the meeting. Meanwhile, Sindi pressurizes Ayanda to propose to her. The Mokobanes get a taste of the community’s wrath.

The Mokobane home is attacked. Dumisani begs Mmatshepo to move Tumelo’s funeral until Shadrack is released but she refuses. Detectives question Muzi about his involvement in Tumelo’s death.

Sindi is excited about the new phase in her life. Mmakoena and Lesiba’s houseguest is opening old wounds for Mmakoena. Suzaan and Leah are murderers.

After the petrol bomb attack on the Mokobane’s, Muzi struggles to keep his business on track. Shadrack is determined to get land justice for Thembalethu. Sindi hides her ring from Dumisani.

Muzi is in a race against time with the land claim against him. Mmatshepo is grief-stricken over the burnt house. Suzaan learns that Siya sees her as a friend with benefits.

The community of Thembalethu march on Echelon and a protest turns ugly with Sindi caught in the middle. Phenyo seeks redemption for his bad behaviour. Mmakoena is given a controversial client.

Muzi deals with the aftermath of the riots as traumatized Sindi tries to cope. Lesiba is stunned to hear that Mmakoena is representing Muzi. Phenyo’s problems at school are revealed.

Muzi fights for his legacy, loses Webber and is threatened by Matlala. Suzaan blue-ticks Siya.

Castro’s inauguration party is gatecrashed by the people of Thembalethu. Suzaan and Siya take their relationship to the next level. Phenyo gets devastating news from Lesiba.

Castro offers to make Muzi’s legal woes disappear. Martin resorts to drugging himself after watching Grace’s video. Dumisani and Sindi can’t get enough of each other.

Dumisani risks his career when Holford tries to use him to neutralize Shadrack. Labuschagne assaults Joelene. Ryan threatens to take Leah away from Suzaan because of her ex-con boyfriend.