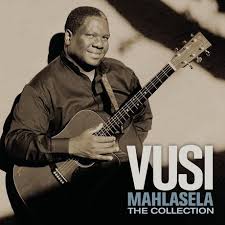 Durban – Musician Vusi Mahlasela was awarded an honorary doctorate of music from the University of KwaZulu-Natal yesterday in recognition of his contribution to society and the global music industry.

In his acceptance speech Mahlasela called on all South Africans including  government, academia and business to invest in and support the arts in a sustained, tangible and substantive manner.

“Indeed, music is the food of love. Music excites the body. Music nourishes the soul. But, is music capable of doing these in our country, South Africa, considered the most unequal society in the world?

“How is it possible for music to do all these if artists themselves die of hunger and exploitation,” said Mahlasela.

Always the activist, Mahlasela further highlighted the South African Broadcasting Corporation’s (SABC) decision to impose a cut off date for back payment of needle-time play of music on its channels to 2014.

“Is it not too late for the galaxy of musicians who were exploited throughout their careers and died before the cut-off period to enjoy the fruits of their craft? Why the cut-off date in the first instance? What informs it? What’s going to happen to the royalties of the period before this?” he said.

The  accomplished guitarist, percussionist, composer, arranger, band leader and performer’s music was  in the early days informed by his experiences during the apartheid era and later  his music evolved embracing the theme of forgiveness and reconciliation.

“An inspiration to the anti-apartheid movement, his songs became anthems, and he remains one of South Africa’s foremost songwriters,” cited UKZN during the ceremony.

In 2005 Mahlasela contributed six songs to the soundtrack of the award-winning movie, ‘Tsotsi’ and not only did he perform at  Nelson Mandela’s presidential inauguration but also at his 90th birthday concert.

The artist who once wrote songs on pieces of toilet paper  while in solitary confinement, performed in shows across the world and shared the stage with the likes of Sting, Josh Groban, the Dave Matthews Band, Paul Simon and many others.