He was born into the family of Jeffrey Khanyile and Nomthandazo Madida in Durban and raised in KwaMashu.

Bantwini has a Diploma in Jazz and Popular Music and he is one of the contributors to the establishment of the Durban Kwaito Music (DKM) – the genre that is a mixture of house beats and kwaito lyrics.

In 2004, during his final year at technikon, he established his own record label; Mayonie Productions.

He is known for his song “Clap Your Hands”, featuring Xolani Sithole, from his album Love, Light and Music.

Other featured tracks from the album include Bum Bum and Wasting my Time. 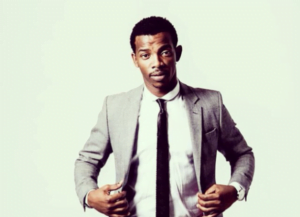 He was born on the 26th of May 26, 1981, in the F-Section of KwaMashu township in Durban in the KwaZulu-Natal province of South Africa. Zakes Bantiwini is 41 years old as of 2022 and celebrates his birthday on May 26th every year.

He is married to Nandi Mngoma who is an actress, singer, and TV presenter.

Soundcheck for tonight done. Off to studio to remaster my single which is due Monday!! I’m a perfectionist.. 3rd Mix & master. I’m pushing for only the best. From my ears to yours. Love to my people far and wide, embrace one another. Life really is a beautiful journey and we are all in it together. Free yourself from your mind. We are one. #Freedom #zakesbantwini #ghettoking #liveelectronicmusic #soundcheck

Xiaomi Mi 11i Price and Specs in South Africa