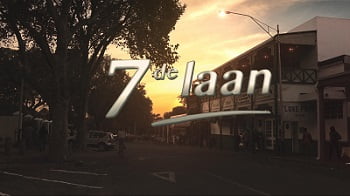 Vince supports a panicked Vanessa. The Welmans are deeply worried when they receive a message from Mariaan.

Chris struggles to process shocking news. Aggie and Vince look forward to starting a new chapter in their lives.

Tjattas is determined to lead Khethiwe and Gabby into temptation. Ivy is thrilled by a surprise announcement.

Chris, Rickus and DeWet nervously race against time. The Hillsiders celebrate the reopening of Oppiekoffie.

Lana is shocked when a strange woman enters her house. A lonely Lesedi tries to get her mind off Fikani.

Vanessa reaches out to Tjattas for help. Gabby and Khethiwe are caught red-handed.

Shady gives her friends a piece of her mind. There’s a mix-up between Ivy and Lana’s parcels…

The Hillsiders enjoy the first aid course at the Lifestyle Centre. Shawn is blissfully ignorant to what’s really going on in O’Malley’s.

Ludo gets a boost of confidence when his dating service signs up a new client. Lana is saddened when a message reminds her of her new status quo.

Alexa and Lesedi face off. Is Mariaan back to her old ways?

DeWet is frustrated with the lack of progress made by his henchman. Fikani shares his plans with Marko.

DeWet is grateful to have Bonita on his side. Tjattas is not impressed with Ludo’s new place of work.

Vince and Marko encourage Fikani to not give up. Vanessa and Bonita discuss a Bruynwaves project for Valentine’s Day.

Connie longs for the day when she and André can be together again. Lana and Rickus spend a fun-filled day together.

Lesedi warns Bonita to not get involved in DeWet’s plans. Connie and Aggie discuss a sensitive topic.

Ivy almost puts her foot in her mouth. Marko is livid and wants to confront Rickus.

Fikani’s plans are thwarted again when the hospital calls him. Vince and Aggie are smitten all over again.