African National Congress was founded in 1912 to defend and advance the rights of the African people after the violent destruction of their independence and the creation of a white supremacist Union of South Africa.

It is governing political party of the Republic of South Africa. ANC has been the ruling party of post-apartheid South Africa since the election of Nelson Mandela in the 1994 election. Cyril Ramaphosa has served as leader of the ANC since 18 December 2017. 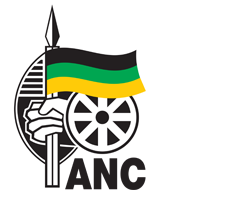 The aims and objectives of the ANC are:

2.1  To unite all the people of South Africa, Africans in particular, for the complete liberation of the country from all forms of discrimination and national oppression;

2.2  To end apartheid in all its forms and transform South Africa as rapidly as possible into a united, nonracial, non-sexist and democratic country based on the principles of the Freedom Charter (Appendix 2) and in pursuit of the National Democratic Revolution;

2.3  To defend the democratic gains of the people and to advance towards a society in which the government is freely chosen by the people according to the principles of universal suffrage on a common voters’ roll;

2.4  To fight for social justice and to eliminate the vast inequalities created by apartheid and the system of national oppression;

2.5  To build a South African nation with a common patriotism and loyalty in which the cultural, linguistic and religious diversity of the people is recognised;

2.6  To promote economic development for the benefit of all;

2.7  To support and advance the cause of women’s emancipation;

2.8  To support and advance the cause of national liberation, development, world peace, disarmament and environmentally sustainable development; and

2.9  To support and promote the struggle for the rights of children and the disabled.

How to join the ANC

Membership of the ANC is open to all South Africans above the age of 18 years, irrespective of race, colour and creed, who accept its principles, policies and programmes and are prepared to abide by its Constitution and rules.

To join the ANC:

4.1  Membership of the ANC shall be open to all South Africans above the age of 18 years, irrespective of race, colour and creed, who accept its principles, policies and programmes and who are prepared to abide by its Constitution and rules.

4.2  All persons not of South African origin who have manifested a clear identification with the South African people and their struggle and are resident in South Africa may apply for membership.

4.3  The National Executive Committee may, acting on its own or on the recommendation of Branch or Provincial Executives Committees, grant honorary membership to those men and women who do not qualify for membership under Rule 4.1 and 4.2, but who have demonstrated an unwavering commitment to the ANC and its policies.