An electoral commission is an institution or body in any society that is in charge of organizing periodic, free and fair elections; producing and selling the forms of candidacy; developing rules and procedures for executing the election; counting and compiling results; and ensuring that all candidates are legally capable of running for office. 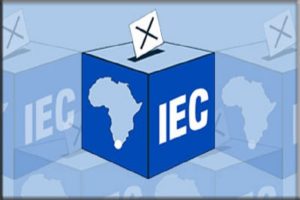 Its independence as an autonomous body is underwritten and guaranteed by Section 3(1)&(2) of the Electoral Commission Act of 1996.

By virtue of the Electoral Commission Act 51 1996, the IEC is composed of five members, one of whom must be a judge. A member of the IEC must be a South African citizen and must not have a high party political profile.

The inter-party committee exams a list of at least eight nominations submitted by a panel consisting of the President of the Constitutional Court (Chair) and representatives of the Human Rights Commission, the Commission on Gender Equality and the Public Protector.

Members of the IEC may be removed for misconduct, incapacity or incompetence by the President on a resolution of the National Assembly.

The duties of the Independent Electoral Commission as enshrined in Section 190 of the Constitution of the Republic of South Africa are;

These duties are further expounded upon in Section 59(1) of the Electoral Commission Act of 1996, and include;

So these are the details and function of the singular most important body to South Africa’s democracy. Now you know!