Arin BBNaija (born 1992) whose full name is Arinola Olowoporoku is a Nigerian fashion designer and culture curator who is one of the housemates in the Shine Ya Eye season 6 2021. 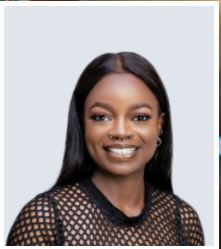 She was born in the year 1992 in Lagos State, Nigeria. She was raised in a polygamous home.

She is a fashion designer as well as an independent arts and culture curator who is passionate about promoting Africa’s current visual arts.

She describes herself as “having no filter most of the time” and is an emotional, strong, creative, opinionated, and shamelessly vocal person. She wants to be in the Big Brother house because she believes it is a platform designed just for young people like her to develop and come into their own.

Arin has 29 piercings on her body, seven of which she has closed. Arin is an artist whose work can be found in museums all around the country.

She has an estimated net worth of $100,000 which she has earned as a curator and fashion designer.