Smartphone is becoming very popular in South Africa, available data suggests that South Africa’s smartphone penetration has nearly doubled in the last two years and is now sitting at over 80%.

ICASA recorded smartphone subscriptions at 46.9 million as at 30 September 2018. Given these stats on the use of phone in South Africa, this article reviews the best brands of android phones in South Africa based on their market share. 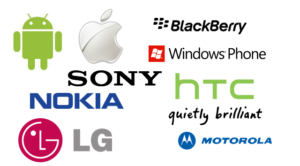 The number one smartphone on our list is Samsung mobile. According to data from statcounter, Samsung mobile has the largest market share, with an average of 44.96 percent from Dec 2018 to Dec 2019. In fact, in December, there market share was estimated to be 44.03 percent.

According to QuotesAdvisor.com analysis of its website traffic, in terms of phones that visit the website, it was discovered that from a total of 13, 025 smartphones, 24 percent are an apple phone. Although the android brand has a market share average of 14.75 percent, there was a decline in the phones market share in  December 2019, when compared to December 2018.

The large players in the market are obviously the trio of Samsung, Huawei, and Apple. The fourth best android phone on our list according to its market share is Nokia.

Statistics conducted by MTN and Vodacom show that the Hisense U961 is the most widely used phone in South Africa. The Hisense according to statcounter shows that the average market share of this smartphone stood at 1.66 percent.

According to the research conducted by MTN and Vodacom, it was discovered that Mobicel Astro and Mobicel Rebel were one of the most used phone in South Africa, coming second to Hisense U961.

According to statcounter, Mobicel had an average market share of 0.31 percent, and 0.27 percent market share in December 2019.

How to Buy American Stocks in South Africa